Stanly residents release owl back into the wild 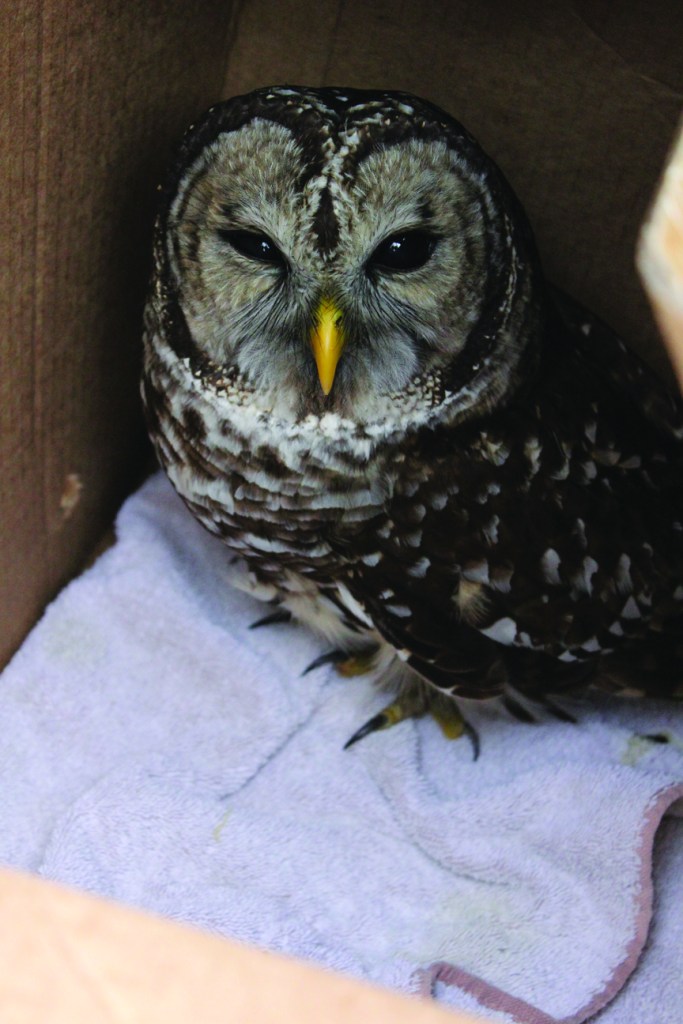 When cousins Sarah Locklear and Carol Young decided to go antique shopping in January, they never dreamed a life would depend on it. “It was just a regular trip for us, finding a new antique store,” Albemarle resident Locklear said. But this particular store was up near Davidson, along a stretch of highway so remote they could have counted the number of driveways on a single hand. “Which is probably the only reason we noticed her,” Locklear said. Bored to tears, the two women’s eyes were drawn to a feathered lump at the road’s edge like compass needles to the north. When it didn’t even flinch at their approach, curiosity got the better of them. “We decided to stop and take a look,” Locklear said. Getting out of the car, they walked right up to the puddle of feathers. “It turned out to be this little owl,” Locklear said. Cold and dazed, the owl hardly seemed to notice them, but she was alive, the cousins determined. And as soon as they realized that, they couldn’t leave her. Taking off her coat, Young wrapped the football-sized bird up in it and took her to the car. “She was so cold,” Young said. “After she warmed up a bit, she burrowed up into my coat sleeve and wouldn’t come out.” Not sure what else to do with her, they took the advice of Locklear’s veterinarian and carried her to the Carolinas Raptor Center in Charlotte. Staff there identified her as a barred owl, about a year and a half old. “They found out she had someting wrong with her eyes,” Locklear said. Occular chorioretinitis to be exact, an inflamation of the eye’s vascular coating that can be caused by anything from disease to infection. “She could have gone blind,” Locklear said. However, with care and medication, the little owl recovered quickly. Within a month she had passed a live prey test at the center and was ready to go back into the wild. “They called us and told us that if we wanted to do it, we could release her,” Locklear said. So this week, that’s just what they did. Driving up that same stretch of lonely road that seemed so unimportant before, they took the little owl back to her home. Barred owls imprint on particular areas, Raptor Center staff explained to the two cousins, so they needed to release their little friend within a few miles of her territory. “They said she could live up to 25 years out there,” Young said. “She’s got her whole life ahead of her.” So maybe the next time they find themselves driving along some stretch of empty road, between one antique store and another, it’ll be something in the sky that will catch their eye. Contact Shannon Beamon at (704) 982-2121 ext. 24, or shannon@stanlynewspress.com. leave a 1 col gray box to tease the online video, with a graphic.