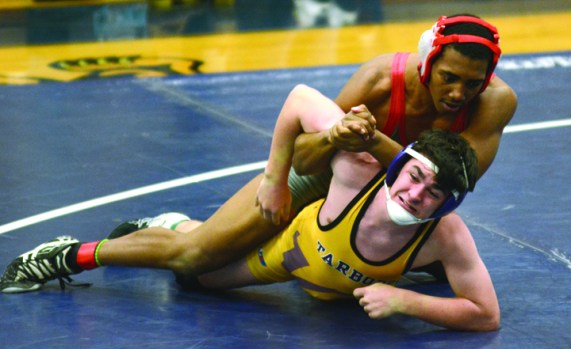 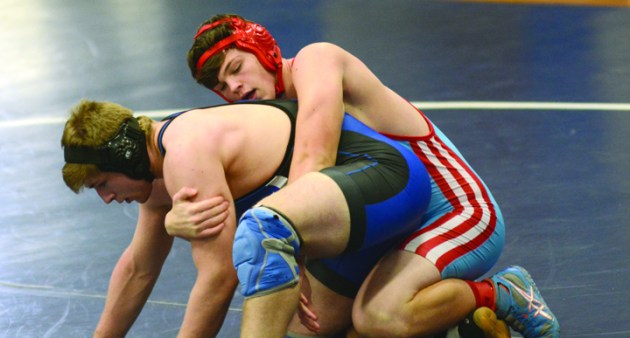 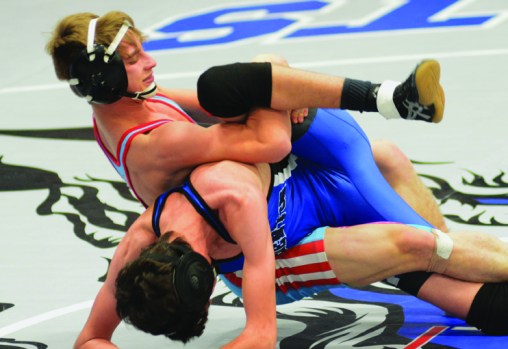 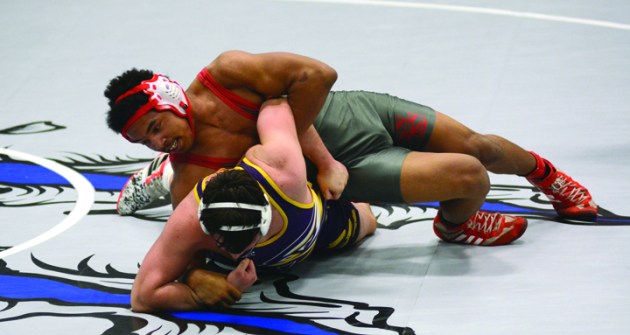 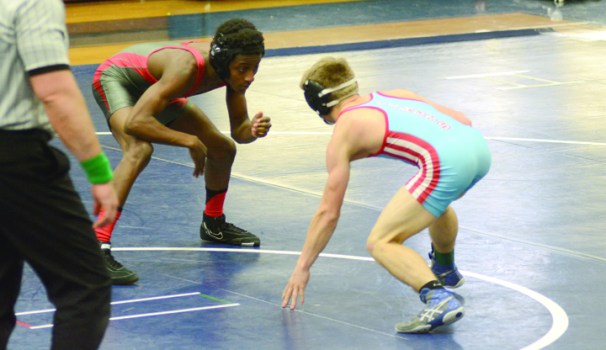 Wrestlers from Albemarle, North Stanly and South Stanly made the trip to South Davidson High School this past week to compete as individuals in the 1A East Regional. The Albemarle Bulldogs have two wrestlers who have qualified for the state tournament, starting with Adrian Little at 195 pounds. At the regionals, Little opened with a 10-5 loss to Pender’s Robert Davis, but the Bulldog wrestler bounced back in the consolation bracket. starting with a 34-second pinfall win over LeJeune’s Matthew Howard. Little then pinned South Davidson’s John Duty with one second left in the opening period and then qualified for state by reaching the third place match with a pinfall win over West Montgomery’s Peyton Coble in 2:19. In the third-place match, Little faced a familiar opponent in North Stanly’s Carter Terry. Little (30-12) posted a 17-9 majority decision over Terry to take third place; both wrestlers moved on to the state finals. The other Bulldogs qualifier for state was Daelen Turner in the heavyweight division. Turner won his first-round match over Uwharrie Charter’s Sergio Saldana by pinfall in 1:56, but went to the consolation bracket losing to Pamlico County’s Daelen Armstrong in 39 seconds. The Albemarle sophomore then needed three wins to reach the third-place match and qualify for state, which he did including a 1:21 pinfall win versus West Montgomery’s Jared Green and a pinfall in 1:41 versus Hunter Langevin from Cape Hatteras. In the third round of the consolation bracket, Turner faced another county opponent in South Stanly senior Jacob Efird, who had posted pinfall wins over Green and North Stokes’ Orion Martin before losing in the semifinals to Rosewood’s Nyterrius Williams. Turner pinned Efird (32-13) in 2:43 to advance to the third-place match, where he lost in 13 seconds to Princeton’s Zach Hill but still qualified for the state event. For the North Stanly Comets, Cody Morgan qualified for the state tournament at 113 pounds at the 1A East Regional, finishing in third place. Morgan had a bye in the first two rounds and reached the semifinals, where he lost in 3:59 to Tarboro’s Raquavius Hopkins. He answered that setback and qualified for state in the consolation bracket with pinfall in 2:13 against Holmes’ Riddick White. Morgan then faced a county opponent in the third-place match in Jaquavious Caraway from South Stanly. Caraway won in the second round to White in 3:29 by pinfall, then lost in the semifinals to Uwharrie Charter’s Hayden Waddell. The South Stanly freshman bounced back and reached the matchup with Morgan with a 7-5 decision win versus Neuse Charter’s Camden Gurley. Morgan posted a pinfall win over Caraway in 3:34 in the matchup to take third place, with both advancing to the state tournament. South Stanly will be represented at the state finals in three different weight classes, including 152 pounds where junior Rodney Hammond finished in fourth place. Hammond received a bye in the first round, then lost in the quarterfinals to Rosewood’s Seth Finney in a 7-2 decision. The South junior bounced back in the consolation bracket, starting with a win over Tarboro’s Gabe Green by pinfall in 4:21, then got within one win of the state finals with a third-round pinfall win over Bishop McGuiness’ Daniel Cancro in 2:15. Hammond’s next win came over Neuse Charter’s Luke Sullivan by decision 15-8, putting the South grappler into the third-place match against Kaleb Mitchell of South Stokes. Mitchell won by pinfall in 1:50 to take third, but Hammond qualified for the state. At 220 pounds, South Stanly’s Khris Mayo finished in fourth place to qualify for the state finals. The sophomore opened with a 43-second pinfall versus Pender’s Da’Rjon Smith, then reached the semifinals with a pin in 2:44 over East Carteret’s Kyle Chilton. Mayo lost in the semis to Paden Lungrin of North Stokes by pinfall in 3:46 but bounced back in the third round of the consolation round to top Rosewood’s Blake Jarman with a pinfall win in 1:56 to qualify for state. In the third-place match, Mayo lost to Holmes’ Ky’Vaughn Rome by pinfall at the five-minute mark, finishing fourth. To submit story ideas, contact Charles Curcio at charles@stanlynewspress.com or (704) 982-2121 ext. 26.