Maybe 3 good scares in this tale of terror 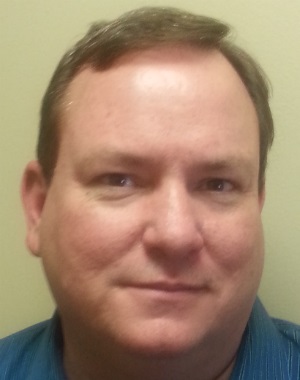 “Winchester” is the name of a house. It is a real house in California. It was owned by the family who were the heirs of the Winchester fortune. Their money came from the making of repeating rifles. There are plenty of shots fired from those guns during the film. Besides being the home of Sarah Winchester, the house is famous for a couple of things. One was the resident-owner, Sarah, who never allowed the house to be finished. Construction on the home continued always. The other element that made the house famous was and is the fact that many people believe that the mansion is haunted. Sarah, herself, believed that those who had died by a bullet from a Winchester gun haunted the rooms and halls of the home. The film has a good premise. It is even better that it is based on a true story. I, for one, would like to visit the residence very much. However, I want my visit to be during the day. I do not particularly believe in ghosts, but I do not want to test my luck after the stories that have been told. Besides, I do keep an open mind about ghosts. King Saul was visited by the ghost of Samuel, and that story is in the Bible. With all that said, I am not evaluating the house, or its former residents, I am evaluating the film that is based on one story of this famous house. So allow me to offer my thoughts about the first thriller of 2018. First, it should have been scarier. I understand why filmmakers are producing more PG-13 horror flicks. Less blood and guts means more seats filled by young teenagers and possibly some from the 10 to 12 crowd. I get that. I am not advocating to an all-out bloodbath, especially if that would deviate too far from the actual events. But what I am saying is that I was disappointed. I wanted to be scared. I know when a film gets to me and this one did not. There is some talent in this film. I could watch Helen Mirren in anything, but please do not ask me to watch her in this film again. I have to admit as I watch this film I kept thinking, “I should go home and watch Mirren as ‘The Queen.’ ” Jason Clarke’s role is a little less regrettable, but only because he has not done as many great performances as Mirren. Clarke’s better works include “Mudbound,” “Zero Dark Thirty” and “Everest.” I am also looking forward to his portrayal of Ted Kennedy in “Chappaquiddick” which opens in April. Surely that film will be better than “Winchester.” Beyond these two performances, the talents are among the technicians. The art direction and set designs are impressive. The interiors of the house are amazing and I would love to visit the set or the real house during the day. Sound technicians should also be praised. The sounds of the house offered at least as many scares as any of the visual surprises. The make-up effects, especially the alterations of appearance of the young grandson of Sarah, are among the most frightening moments. Collectively, there are much more strengths on the technical side of the filmmaking than there are among the story or the cast. Actually, after writing this review, I am not sure whether there were three good scares or not. I know when a horror movie gets to me. Usually, chill-bumps run up my leg. I waited the entire movie, but that never happened. When the young boy was being possessed, at least I thought he was supposed to be possessed, that was about the most scary moment, but I felt no chills. So, I stand by the title above; maybe there are three scares, but maybe there are less than that. Roger W. Thomas is a member of the North Carolina Film Critics Association and reviews films for The SNAP.