The sight at the end of the tunnel 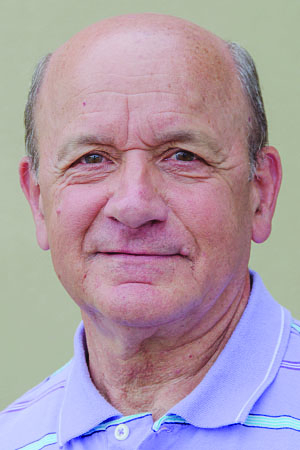 I’ve been to games at the Smith Center in Chapel Hill dozens of times. But I never realized what all goes into big-time college basketball until I had access to the tunnel.
Dennis Garcia, The Courier-Tribune’s sports editor, let me use his media pass for the Feb. 3 game with Pittsburgh and the Feb. 12 Notre Dame contest. With his ID hanging from a lanyard around my neck, I could go just about anywhere in the building, including press row near the UNC bench and inside the tunnel where the team runs out onto the court.
I walked into the inner sanctum, turned left, back right and left again. I found Beverly with Security guarding the buffet bar set up to feed the media and other “officials.” Across from her was a long hallway with tables and chairs and doors on either side.
I asked her who were all the people moving briskly up and down the corridors. She said they were JV players, student managers, security, the media and others with duties related to putting on a basketball game.
Beverly was then distracted and said, “Hey, who’s she?” to a JV basketball player accompanied by a female, both headed to the buffet.
“She’s my girlfriend,” he explained.
“Well, she’s not supposed to be down here,” Beverly said.
At that moment, a smartly-dressed young woman rushed up and told Beverly, “It’s OK, Coach (Hubert) Davis (an assistant to Roy Williams and the JV coach) said she could be here.”
“Well, Coach Davis needs to let Security know. And she still can’t eat.”
I turned my attention to the woman and learned that she was Cassie Creech, a junior from Smithfield and a lead JV manager. The students in her group serve the JV basketball team, but also work during varsity games.
“We set up and clean up the dressing rooms before, during and after games,” said Cassie, “but we also have a number of responsibilities during the varsity games as well as during JV practices.”
I left her to go to my seat on press row, where I could see the managers sitting behind the UNC bench. I watched during timeouts when Cassie and a colleague took water to the referees.
At halftime, after the team went to the dressing room, Cassie grabbed a double armload of soiled towels and carried them inside the tunnel. Another manager followed her with a large trash bag full of discarded drink cups. The stack of towels and drink cups had to be replenished for the second half and the big orange water coolers refilled.
When the buzzer sounded ending the game, I went back into the tunnel for post-game interviews with the coaches. When they were finished talking, the media had access for player interviews.
After the interviews wound down, I noticed Cassie and the other managers were still busy as bees. But she took time to offer more insights into the life of a student manager.
She said there are 22 JV managers, including four leads. The varsity has just six managers who are more closely involved with the players and coaches and devote more of their time, she said. They rotate duties so that four of them travel with the team to away games.
“Game days are always very fun and exciting,” Cassie said, “but they are also very nerve-wracking. We have to be on our toes for what’s needed.
“There are quite a lot of people behind the scenes that are involved in game-day operations,” she said. “We are just a small portion of that.”
Cassie said being a student manager “is fun. I enjoy it. It’s a great opportunity and I work with wonderful people.”
As university “employees,” she said, managers “have to stay composed when we are losing or when something goes wrong behind the scenes because that’s part of the job.”
Cassie stresses that student managers represent the university, even though they may seem to be hidden in plain sight. Fans don’t notice managers unless something goes wrong.
“The University of North Carolina at Chapel Hill prides itself on our ‘tradition of excellence,’ and that is something we believe the basketball program reflects as well,” Cassie said. “It is a great honor and privilege to work with Carolina basketball, so we always want to present ourselves in a manner that reflects positively on the program as well as the university as a whole.”
That’s why, no doubt, the women managers wear dresses and skirts and the guys don suits and ties.
A sports science administration major, Cassie is also studying journalism and public relations. “I would love to work in a college athletics department with young people.”
The clock was approaching 10 p.m. as Cassie swabbed the inside of a big orange water cooler. “I’ll go to my apartment and finish some school work, then it’s up in the morning for classes,” she said. “But this is fun.”
When asked, Cassie said there were two senior women working as varsity managers. They will have to be replaced next season.
Does she want to move up to varsity?
“That’s my hope.”

Larry Penkava, has written Now and Then since 1994.