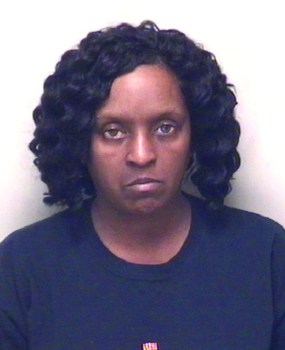 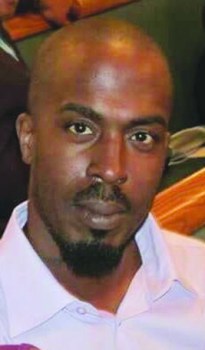 James Christopher Davis was the glue that held his family together and a protector to his siblings and extended family, said sister Tunisha Ewing.

Davis, an Albemarle native, was shot and killed this weekend, making him the second murder in Salisbury this year.

“We don’t have that security anymore. Our protection is gone. He was the hold of our family and that’s gone,” Ewing said.

She said their mother is not the same person.

“I’m not the same person anymore. His kids are torn apart because of this. His youngest daughter is 3 and she keeps asking for her dad. It’s painful for all of us,” she said.

The question that remains for the family is why?

On Tuesday, Salisbury Police in Dedric Michelle Mason, 42, of 150 Sunrise Ridge Dr., with second-degree murder. Mason, a social worker, was arrested at her Salisbury home without incident.

Police were called to the Fishzilla Arcade, 1812 E. Innes St., around 1:15 a.m. on Saturday. Investigators found Davis, 45, with a gunshot wound to the chest.

Davis, an Albemarle businessman, was taken to Novant Health Rowan Medical Center, where he was pronounced dead around 3:20 a.m.

Mason appeared before a Rowan County Magistrate on Tuesday afternoon and was issued a $50,000 secured bond. She posted her bond the same day.

Ewing said she believes her brother was defending himself and trying to “get away from that situation.”

“He defended himself. He did not deserve this. There was other ways to get around that situation,” Ewing said.

She said her brother’s girlfriend called their mother the night of the shooting.

“She watched him get shot. She was there the whole time,” Ewing said.

They were told Davis was shot in the chest and so they waited. Hospital officials finally told them what they’d feared — Davis had died.

Of Mason, Ewing said she knew of her and recalled seeing her at the arcade business a few times.

James Davis had five sisters. He lived in Salisbury, but owned a detailing business in Albemarle and cut hair as a side job, his sister said.

He worked at Fishzilla for about two or three months, she said.

Ewing said he was her protector.

“My dad was not around so he helped raise me. He took in people that he didn’t know,” Ewing said.

She recalled a time when her brother helped an elderly woman take her groceries to the car. She’s also been approached by single and widowed women who said her brother would mow their lawns and checked on them regularly.

He also assisted family members who were escaping domestic violence situations with money and food.

Davis, who gained the nickname, “Milkbone” as a young boy, had a love for basketball and football because his son and nephew who played those sports.

He is the father of seven children. The oldest is 26 and the youngest 3.

Mason is scheduled for a first court appearance Thursday. Shavonne Walker, a reporter for The Salisbury Post, can be reached at 704-797-4253.