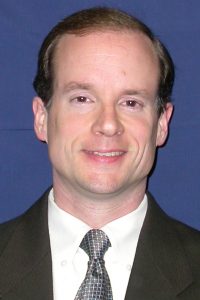 North Carolina continues to be a popular destination for people across the country — and around the world — who are looking for a great place to live, work, invest, rear families and retire. At the same time, our rate of population growth has been slowing down. If current trends continue, North Carolina’s growth rate this decade will be the lowest in at least half a century.

How can both of these things be true?

There are several explanations, and they illustrate why it is so important to read statistical claims carefully and to think critically about their implications.

First of all, a count is different from a rate. From 2010 to 2017, North Carolina added about 740,000 residents to our population, according to estimates from the U.S. Census Bureau. Only Texas, California and Florida have added substantially more residents so far this decade, while Georgia has added about as many.

These are all top-10 states in population, however. They are adding more people, yes, but they also started out with more people. If we look instead at the growth rate — the number of new residents divided by the starting population in 2010 — North Carolina ranks 13th so far this decade. Among the top 10 in growth rate are less-populous places such as the District of Columbia, North Dakota, Utah, Nevada and Idaho.

Within a state, changes in the overall growth rate, and its various components, have important policy implications. While North Carolina continues to grow rapidly, our expected population gain of 11.4 percent this decade is substantially lower than the 18.5 percent experienced during the 2000s, and 21.3 percent during the 1990s.

By 2020, we’ll have added a million people or so during the decade. That’s a lot. But we added about 1.5 million during the previous decade.

That’s not true anymore, which is why we can still be a major attraction for immigrants while also experiencing a slower growth rate. Our fertility rates are dropping. Our average age is rising.

Policymakers should be paying close attention to these trends. If they continue, North Carolina will need to spend less tax money on building and operating new public schools than was anticipated 10 or 20 years ago. On the other hand, an aging population may have a greater demand for medical care, recreation and leisure, and assisted-living services than current levels of public and private investment can be expected to produce.

In a free society, there is neither a need nor a justification for governments to target a particular rate of population growth.

We should simply make sure that our budgeting and revenue systems are built in such a way that growth at whatever rate pays for itself, that current politicians don’t go out too far on limbs than can’t sustain the fiscal weight, and that future politicians have the flexibility to adapt to changing circumstances.

North Carolina is one of about a dozen or so states that have ranked high in most measures of economic momentum in recent years: in population, average incomes, job creation and gross domestic product. Almost all high-performing states are clumped either along or near the Pacific coast, or in the Southeast. This isn’t a coincidence.

At the same time, the overall propensity of Americans to move elsewhere has been declining. North Carolina is one of the places to which people still like to relocate. But relocation isn’t as common as it used to be.

John Hood (@JohnHoodNC) is chairman of the John Locke Foundation and appears on “NC SPIN,” broadcast statewide Fridays at 7:30 p.m. and Sundays at 12:30 p.m. on UNC-TV.