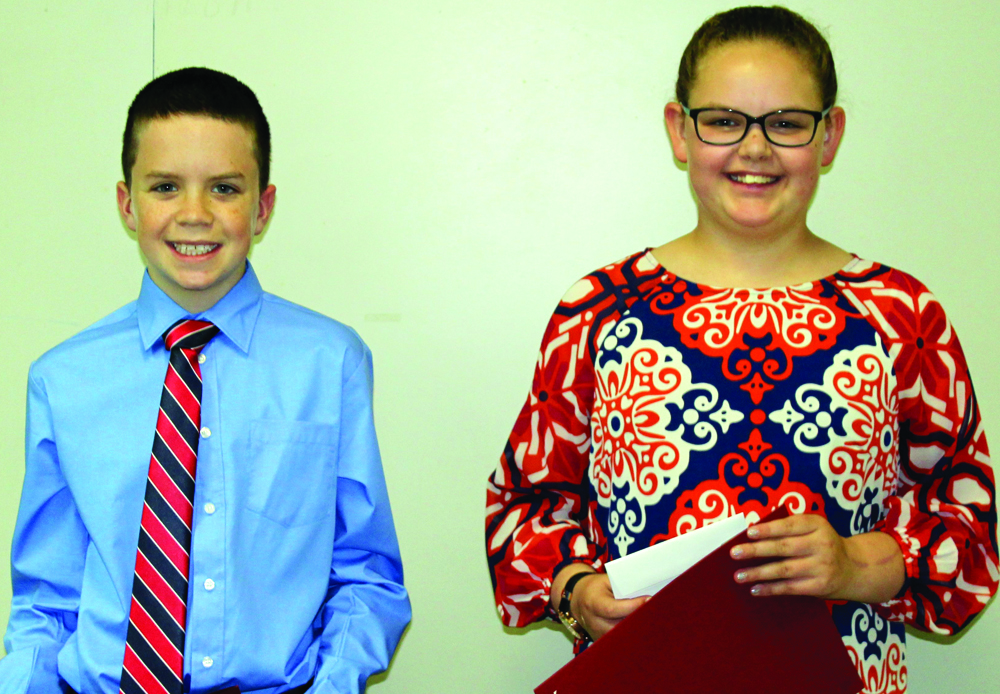 The Yadkin River Patriots Chapter of the Daughters of the American Revolution (DAR) recently hosted former Wingate history professor Jerry Surrett, who presented a program on World War I. This year marks the 100th anniversary of the end of the war.
Surrett explained the events in the years surrounding the war, as well as a few earlier happenings.
He went from the Franco-Prussian War of 1870-71 when French territory containing coal and iron ore was won by Prussia, to the 1890s when treaties among European nations established a balance of power between the Allies (United Kingdom, France, and Russia) on one side and the Central Powers (Germany, Austria-Hungary and Italy) on the other.
Surrett displayed maps indicating military alliances in 1914 and the methods Germany used in procuring needed supplies. He then explained how the assassination of the Austrian heir to the throne in Sarajevo caused military mobilizations leading to declarations of war.
Germany became aggressive. In 1915-16, it advanced through Belgium and captured Paris. In 1917, Russia was defeated. Germany then invited Mexico to join the Central Powers, declare war on the United States, and win back Texas, New Mexico and Arizona. British intelligence intercepted the message and Mexico declined.
Several U.S. ships were destroyed by German submarines and in April 1917, the U.S. declared war on the Central Powers. Germany retreated into its homeland and on Nov. 11, 1918, an armistice ended the active combat. Armies on both sides stayed in place ready to resume hostilities if necessary.
In February 1919, Allied leaders gathered in Paris to develop a permanent treaty to end the conflict. The Central Powers did not send participants. In June 1919, the Versailles Treaty was accepted by Germany. Other treaties were developed between 1919 and 1923.

The DAR also recently enjoyed a luncheon and essays about World War I.
Two winning essays were selected. The work of Locust student Addison Griffin and Millingport student Wesley Plyler appears below:

A Historical
Fiction Account of a Ten-Year-Old Boy
by Wesley Eric Plyler, son of Brandon and
Alison Plyler

The year is 1918 and I am living in Hickory, North Carolina. I just got home from picking cotton, that’s my job since Daddy went off to fight the Germans and Mama went to work at the feed mill. She normally gets home at 10 at night. It is my job to take care of my sisters most of the time.
One good thing about her working at the feed mill is that now we get extra rations of seed and feed for the animals.
Daddy sent Mama a letter and the war is over so he will be home soon. Mama has liked working at the feed mill, and hopes she can continue working there when Daddy gets home. She doesn’t want to work as many hours, but enjoys the fact that she can contribute money to our family.
In two years, we will have a presidential election and Mama is hopeful that she will have the right to vote. She wants to be able to express her opinion and select a leader who values women’s opinions about our country so that we never have to face another war again.
It has been a long year since Daddy left. I remember him telling me that he had to go fight so that we would be safe here in America. I overheard him telling Mama that it would be dangerous because the Germans were using submarines against merchant and passenger ships. I thought to myself, “If they will hurt innocent people, what will they do to my Daddy?”
I know he didn’t want me to know the dangers of his mission. He was concerned that I would worry too much. Secretly, I did, but I knew that I would have to take care of Mama and my sisters while he was gone. I had to be brave. I was so relieved when I got the news that he was coming home.
I can’t wait to hear all about the German U-boats and trench warfare. I read in the newspaper that in 1914 a truce was called on Christmas Day and the fighting stopped for one day.
Soldiers from both sides actually stopped fighting, played games, shared food and had a few drinks. I wonder if this tradition carried on during the year Daddy was there? I know he would have enjoyed the break and I would love to hear all about what the Germans were like.
It won’t be many more days until Daddy gets home. I know he will be so tired but glad to be back on U.S. soil. I couldn’t be prouder to call him my Daddy and my hero.
It will be an adjustment and he will be so proud of Mama for her hard work at the feed mill. I think he will be especially proud of me for picking the cotton.
I hope that he doesn’t have any trouble finding work when he gets back, because my shoes are worn out and we could use the extra money. My fingers have been raw from picking cotton and I need to focus more on school.
Although times have been tough, the future for America is bright. Brave soldiers like my Daddy, are the reason America will continue to lead the way to peace now, and in the years to come.

December 2, 1918
Dear Diary,
My name is Mary. I’m 10 years old and I live in Boston. I have 2 sisters, the youngest is 6 and her name is Lilly. My older sister is 16 and her name is Katherine. It is December 2, 1918 and the war has just ended. Life without Dad and my brother John is hard. When we last heard from Dad and John, they were fighting on the Western Front. John sent me a letter and it said:
Dear Mary,
Dad and I are in the same camp. The war has been so long. It was good to see Dad and have a reminder of home. I miss everyone so much. I really hope this war is over soon. They say this is the war to end all wars and I really hope that is true.
Today was the happiest I’ve been since the war has started. My Commander gave me a war dog. His name is Max and he carries letters to other trenches.
They attach tubes to the dog’s collar and they can go between the trenches carrying the messages. I really hope I get to bring Max home. How is everything at home?
See you soon,
John
I love getting letters from Dad and John. I wait on the mail every day, in hopes that a letter will come. My sisters and I have had to do my brother’s and Mama’s chores because she has been working in the factories. She comes home late and gets up early. Mama says that the factory is hot and smells like metal. She makes hundreds and hundreds of bullets.
Katherine wishes that she was in the war, but I think she is crazy. I would like to work making gear or helping the hurt soldiers. She thinks that working at home is useless and that we should be doing more to help win.

December 12, 1918
Dad sent me a letter today, it is short and simple:
John and I are coming home next Wednesday with Max. We will come on a boat.
Love, Dad

December 22, 1918
This is going to be the best Christmas ever! On Wednesday I see Dad, John, and Max on the bow of the boat. Dad gets off with John and Max. Max runs and licks my face. Dad gives me, Katherine, and Lilly a hug. The war is finally over and Dad, John, and Max are home. We are a happy family again.