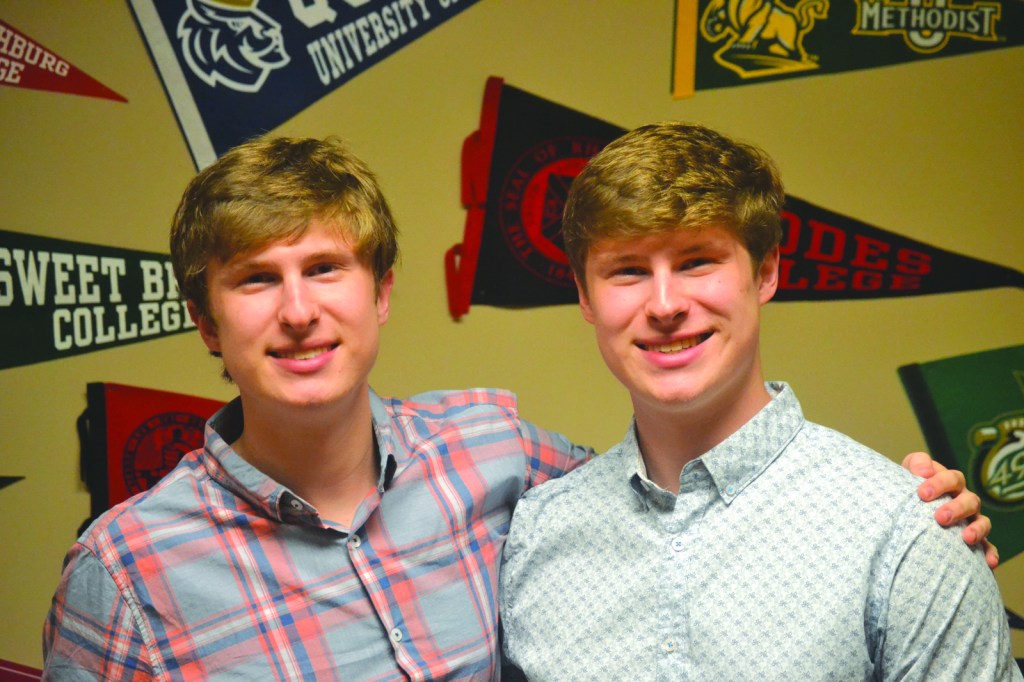 By Ritchie Starnes
News Editor
A graduating senior at Gray Stone Day School has been named a 2018 National Merit Scholarship recipient.
Nicholas (Nick) J. Rokos was chosen as one of the 2,500 Merit Scholar designees to be awarded the honor from a pool of 15,000 finalists. He is the only one from Stanly County to earn the distinction.
“It is humbling to think about the caliber of people that are getting this award,” Nick said. “To be selected as part of this elite group of students was not something I expected or anticipated. I just went into the process trying to do my best.”
Gray Stone’s administrators, faculty and staff were celebrating Nick’s honor as well.
“I have worked with high school students for 19 years now,” said Sarah Ince, guidance counselor. “When it is common to hear adults shake their heads and tsk kids these days, I have the advantage of knowing that young men like Nick will prove them wrong. Nick is clearly a bright student, but more importantly he is authentic, good natured, and a blessing to our community. I am beyond proud to see him honored on a national stage in this way.”
Nick and his twin brother Connor, also a student at Gray Stone, were National Merit Finalists. Both were hoping to win the coveted academic honor and its $2,500 scholarship.
National Merit Scholarship winners are the finalists in each state judged to have the strongest combination of accomplishments, skills and potential for success in rigorous college studies. The number of winners named in each state is proportional to the state’s percentage of the nation’s graduating high school seniors.
These scholars were selected by a committee of college admissions officers and high school counselors, who appraised a substantial amount of information submitted by both the finalists and their high schools: the academic record, including difficulty level of subjects studied and grades earned; scores from two standardized tests; contributions and leadership in school and community activities; an essay written by the finalist; and a recommendation written by a high school official.
This year’s National Merit Scholarship Program began in October 2016 when more than 1.6 million juniors in more than 22,000 high schools participated in the qualifying process.
Last fall, the highest-scoring participants in each state, representing less than one percent of the nation’s high school seniors, were named semifinalists on a state-representational basis. Only these 16,000 semifinalists had an opportunity to continue in the competition.
From the semifinalist group, some 15,000 students met the academic standards and other requirements to advance to the finalist level of the competition. By the conclusion of the 2018 program, about 7,500 finalists will have earned the “Merit Scholar” title and received a total of more than $31 million in college scholarships.
Nick is planning to pursue a career in aerospace engineering. He plans to attend Georgia Tech where he will be a part of the university’s Honors College.
Connor is leaning toward Stanford University where he plans to study political science.
They are the sons of Laura Mauldin and James Rokos of Norwood.