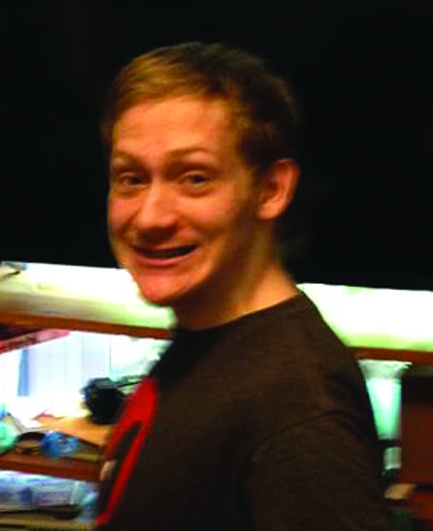 Contributed Nolan Turner, of Cary, received his new kidney in April. He is the nephew of Sarah Moore of New London.

By B.J. Drye
Editor
Organizers of an upcoming event to benefit an 18-year-old hope the one-time fundraiser can chug, chug, chug along into an annual attraction for downtown Albemarle.
Local model train collectors will pull into the station for the event from 10 a.m.-3 p.m. Saturday at the train depot at Market Station. This will include a swap and shop for model train vendors, kids activities and a food vendor. Albemarle Music Store in downtown will have its massive train display upstairs open for viewers. There will also be a miniatures swap located at downtown business PJ Miniatures, which offers items for train and dollhouse displays.
Local organizations such as 4-H, Girl Scouts and others will have information tables, and the farmers market and other downtown stores will be open.
Admission is $5, with children under 12 admitted free with a paying adult.
The event supports Nolan Turner, nephew of Sarah Moore of New London. Nolan was born with spina bifida, which led to his kidneys beginning to fail last summer, Moore said. He began dialysis in July and was doing that three days a week.
Nolan received his donor kidney in early April.
His mom, Moore’s sister, is raising him by herself and is on leave to take care of him.
Moore’s family began fundraising for Nolan in September and they have raised around $35,000, still about $15,000 short of their goal. Moore worked with Albemarle Downtown Development Corporation to coordinate the event after taking her children to a recent train expo. She thought of the restored depot downtown and how it would be a great setting for a similar event.
Updates on Nolan are posted at www.COTA forNolanT.com through the Children’s Organ Transplant Association.
Have a story idea? Contact B.J. Drye at 704-982-2123, bj.drye @stanlynewspress.com or follow bjdrye1 on Twitter.