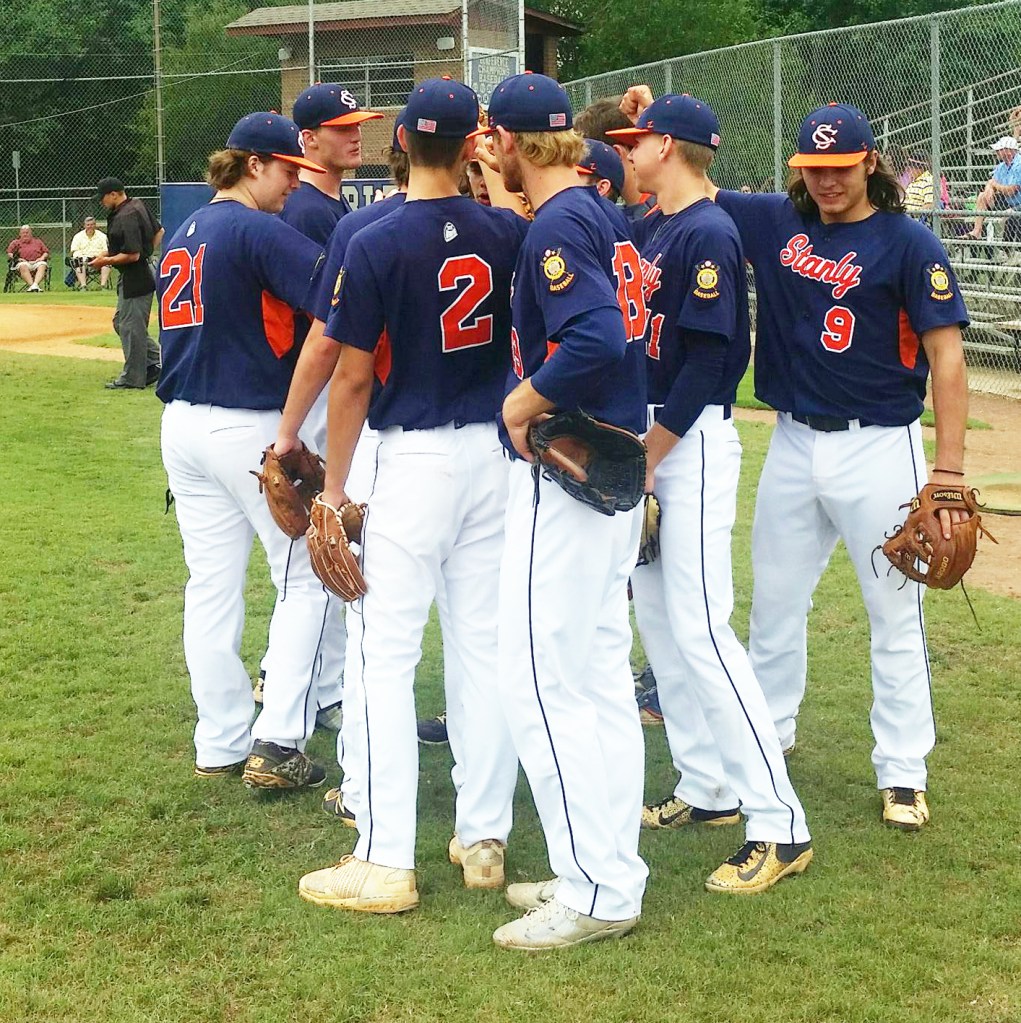 By Charles Curcio
Sports Editor
In the final game of a four-day stretch of games for the Stanly County Post 76 Legion baseball team, visiting Concord broke open a close ball game early with a six-run inning en route to an 8-1 win over Post 76.
Brett Laws went the distance on the mound for Concord (5-2), allowing one earned run on three hits with 11 strikeouts.
Ryan Baucom took the loss for Stanly (3-5), allowing three earned runs on nine hits, fanning two and walking one in 3.2 innings on the mound. Jacob Allen allowed one earned run in 1.1 innings of relief while Cody Kidd pitched two scoreless innings for Stanly to close out the game.
Concord took the early lead with a single run in the top of the second when Jeremiah Boyd delievered the first of his three hits in the game, a single to left. Conor McGee, who finished the game 3-for-3, moved Boyd to second with a single. Boyd then scored when McConnor Wallace grounded out to shortstop, putting Post 51 up 1-0.
South earned a run in the bottom of the third the hard way as three different Post 76 batters were hit by a pitch, the last of which, Seth Grice, was hit with the bases loaded and two outs for an RBI.
The top of the fourth saw Concord cross the plate six times, breaking a 1-1 tie to take a six-run lead. With one out and a runner on first, McGee doubled to right, then Wallace drove in his second run of the game on an RBI groundout.
With two outs, five straight hits and a fielding error led to five more runs before Post 76 switched pitchers to Jake Allen, who struck out the next batter to end the rally.
McGee added a third hit and an RBI to lead off the fifth with a solo home run to right for the final run of the game.
The loss on Monday was the second in a four-game home stand for Stanly which was scheduled to continue Wednesday night at home in a non-league game versus Eastern Randolph.
Post 76 opens league play on Saturday, hosting Mocksville, then plays a doubleheader at Mocksville in non-league games versus Mocksville and Burke County.
BOX SCORE
R     H     E
C 010 610 0                    8      13    0
SC 001 000                    0      1 3    2