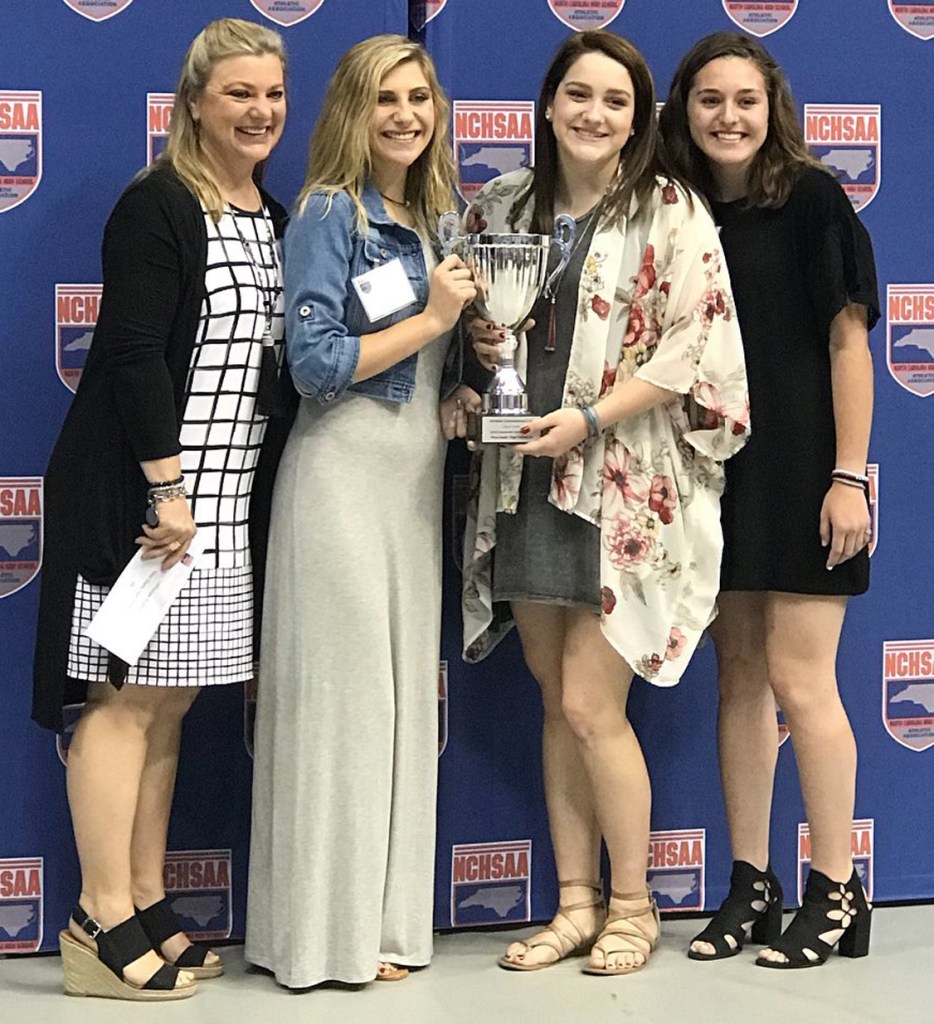 By Charles Curcio
Sports Editor
At the North Carolina High School Athletic Association’s annual meeting, the West Stanly volleyball team was one of eight teams awarded the Commissioners Cup.
The awards are given out annually by the NCHSAA to honor eight teams, two in each classification, to teams for their involvement in the community in terms of service. Teams receive $1,000 and a silver cup for winning the award.
West Stanly head volleyball coach LaRhonda Watkins said since her time as the team’s coach, she and the players “have always liked to give back to the community that supports us during the season.”
Watkins said she would not have known about the award were it not for the school’s athletic director, Daniel Smith.
This past year, West had its annual summer kids camp teaching volleyball skills to around 70 young players.
The Colts volleyball squad also participated in the fall Special Olympics Fun Day with the players painting faces and playing games with the athletes.
“The event served the community individuals with disabilities as much as it warmed the hearts of the players,” Watkins said.
At Providence Church of God’s Fall Festival, the players participated where they face painted and played games with the kids as they came through dressed in costumes.
Saying she was surprised when she found out her team had been awarded the Commissioners Cup, Watkins said she was “proud of the volleyball team for all their hard work this past season. It was such an honor to be present at the NCHSAA meeting and accept the award, not only for the volleyball team but representing West Stanly High School.”
Her team’s three All-Rocky River Conference players, Raelee Furr, Chassity Thomas and Riley Barbee, attended the meeting with Watkins.
“It was so exciting to watch the faces of the players that attended with me and for them to experience the day with me,” Watkins said, noting she told the players she hoped “listening and watching these students receive these awards inspire you to go back and do more and tell others.”
She also said “to be in attendance with the elite athletes and coaches in the state was truly an honor. It will definitely be a day I will never forget and I hope the players always remember that day as well.”