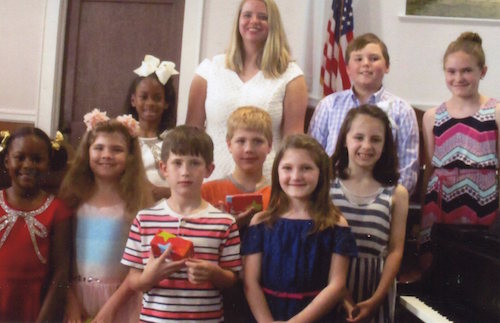 Piano students of Mary Ann Abernathy presented their spring music recital May 20 at Kendalls Baptist Church.
Eighteen students performed classical pieces, hymns, folk and popular selections on either piano or keyboard.
Abigail Brown, a senior at Gray Stone Day School, was honored during the recital. She performed a piece from “The Phantom of the Opera,” and a medley of traditional and contemporary sacred music.
All students were presented statues of P. I. Tchaikovsky at the conclusion of the recital.
Rose Brookshire and Carter McConnell, also piano students, were unable to attend.