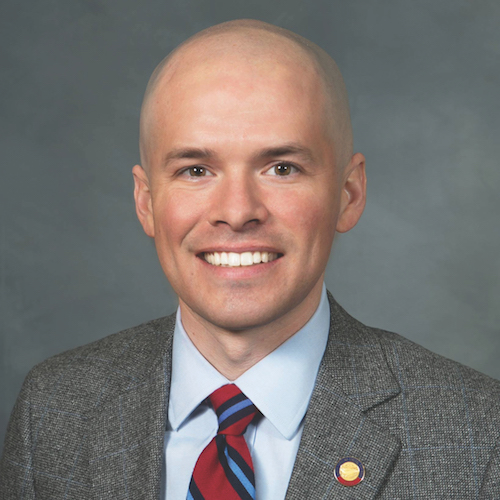 By Ritchie Starnes
News Editor
Proposed state legislation would de-annex properties in three municipalities and cause economic hardship in at least two of the towns.
N.C. Rep. Justin Burr, R-Stanly, introduced legislation Wednesday that would de-annex properties in Badin, Stanfield and Red Cross. If passed, the legislation would adversely affect the tax receipts of Badin and Stanfield the most.
In Badin, the town would lose Albemarle Correctional Institute from its town limits. At approximately 850 inmates, the prison pads the town of Badin’s total population of roughly 1,976.
Consequently, the town of Badin could no longer collect its share of the county’s sales tax distribution based on a population that includes the prison.
“We learned of the existence of Senate Bill 531 only this morning so we have had no opportunity to thoroughly investigate specific fallout details, but the financial result would undoubtedly be similar to those estimated about one year ago in March or April when our sales and use tax revenue was last targeted,” said Jay Almond, Badin town manager Wednesday.
“Recovering from such a devastating loss would be difficult, if realistically feasible at all,” he added. “We would need to retain a minimum of four public services to remain incorporated and there is a lot to unpack there.”
Stanfield would equally suffer a financial pinch, losing approximately 35 properties. At least two of those properties are businesses.
Riverstone Park, an industrial development launched by the county, is among the properties Stanfield would lose in the de-annexation.
Each town could forfeit as much as $100,000 in lost tax proceeds.
Town officials of both municipalities were scrambling Wednesday to contact legislators for help at intervening on their behalf.
Almond wrote a letter to N.C. Rep. Ken Goodman, D-Richmond, and N.C. Sen. Tom McInnis, R-Richmond, expressing Badin’s opposition and detailing how town leaders were blindsided by the news, having never been advised of Burr’s impending action.
The Stanfield Town Council has scheduled a special-called meeting for 6 p.m. Friday to draft a resolution in opposition.
Stanfield Councilman Rick Williams said legislators from Union and Mecklenburg counties were contacted as well.
Red Cross would lose only one property as result of Burr’s legislation.
Burr’s motivation remains unclear. He did not immediately return a telephone message seeking comment.
According to Goodman, Burr introduced the legislation during a finance committee meeting. Instead of a House Bill, Burr inserted the language into Senate Bill 531, which prohibits boards of education from filing lawsuits against county commissions.
Since Badin lies within Goodman’s redrawn legislative boundaries, he inquired with Badin officials about the bill.
“As it turned out, nobody knew anything about it,” Goodman said.
“You shouldn’t run bills like this unless requested by county commissioners or municipalities. Not telling anybody is just wrong. It’s very heavy-handed and an abuse of power,” he added about Burr’s methods.
The League of Municipalities is opposed to the move as well, Goodman added.
The bill will likely come up for a vote next week, on Tuesday or Wednesday.
Goodman said Burr is part of the Republican super majority in the General Assembly, which could help him get the legislation approved.
“I’m not optimistic, but I’m going to try and stop it,” Goodman said.
“It will devastate Badin. I can’t think of any good reason for this.”
If the bill is going to be stopped, it’ll have to occur when it comes up to vote in the Senate, Goodman said.
Efforts to reach McInnis on Wednesday were unsuccessful as he was tied up in successive committee meetings, according to his assistant.
Last year, County Commissioner Joseph Burleson led the unadvertised charge to change how the county distributes its sales tax proceeds. Instead of the traditional method of proceeds based on a municipality’s population, Burleson wanted the county to consider using the ad valorem method of sales tax distribution.
The move came without first soliciting public input or holding a public hearing. A prepared resolution awaited so the time-sensitive change could be forwarded to state officials.
A change in sales tax distribution would have meant $1.8 million more to the county, proceeds instead siphoned from the county’s 10 municipalities.
All of the county’s municipalities would have suffered financially from the change, which could have led to elimination of services such as police departments or property tax hikes.
In a followup meeting, municipal leaders and residents stormed the commission in protest. Between vocal opposition and what appeared to be a lost cause, Burleson walked back his charge, with commissioners voting against the change.
After serving for five consecutive terms, Burr is coming off a Republican primary defeat, with his tenure ending at year’s end.