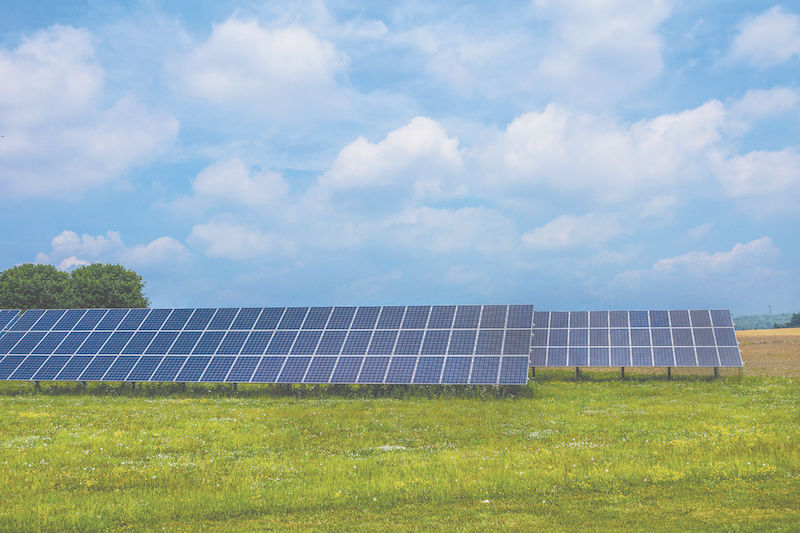 METRO CREATIVE CONNECTION This is something similar to what a solar farm could look like near Aquadale.