Albemarle residents can expect property taxes to go up and electric rates to go down next month.
At their last meeting, the Albemarle City Council officially approved the 2018-19 fiscal year budget which includes a 5 cent per $100 valuation tax raise (from 59 cent to 64 cent) and a 4 percent electric rate decrease.
The former will go primarily to offsetting two big projects: the development of a new business center on U.S. Highway 52 Business South and the renovation of a building in downtown Albemarle to use as the new police headquarters.
Between those two projects, the city has about $507,000 in additional payments to cover during the 2018-19 fiscal year. For each penny the city increases property taxes, it garners about $100,000 in income. So the 5 cent increase should cover the bulk of those payments.
As for the electric rate decrease, it will save the average electric customer about $55 a year, staff noted. Those savings should offset the property tax increase for most resident (which will be an increase of about $40 a year for the average property).
But not for everyone.
Two people who spoke at a budget public hearing live in a portion of the city served by Duke Energy.
“It’s not going to help us,” said Lynn Huneycutt of Silvers Lane.
Both he and Henry John, the other speaker, bought their property before it became part of the city, they noted.
“There’s a lot of people up there that got annexed and it seems like we’re getting thrown under the bus,” Huneycutt said.
Both men wanted to know if the city could give them a rate decrease for another service instead. But councilors said they could not do that without doing it for everyone.
As for Duke Energy’s rates, councilors said they cannot do anything about that either unless the company wants to sign over those customers to the city.
“Which I’m not sure you’d want,” Mayor Ronnie Michael said. 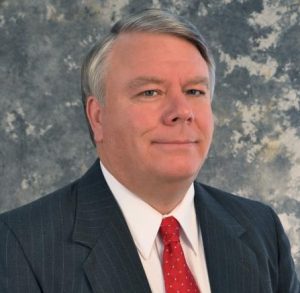 Duke Energy’s electric rates are lower than the City of Albemarle’s even with the rate decrease, so switching to city power would only increase their bills, they detailed.
Still, John argued their neighborhoods should get some additional benefit from the city in place of the rate decrease. He explicitly wanted to see the city do more work on roads in the area near Holt Road where he lives.
“We’ve got substandard roads in that whole area,” John said. “It only seems fair we get something out of this… we need something for residents out in that area.”
Councilors did not say they would target the area for repairs but do plan to draw out about $676,000 from their Powell Bill Fund during the next fiscal year for road and sidewalk work.
Other major projects next year include upgrading the city’s data processing equipment, performing an electric rate study, planning utility relocation along N.C. Highway 24-27, resizing pipes at the landfill and purchasing a number of new departmental vehicles.
Those projects, combined with regular departmental expenses, bring the city’s overall budget to about $69 million for the upcoming fiscal year, about a 2 percent decrease over last year.
That money will be divided into seven major funds as follows:
• The electric fund (for that system’s business) will use about $33 million.
• The general fund (for public safety and governmental operations) will use about $16 million.
• The water and sewer fund (for that system’s business) will use about $10 million.
• The solid waste fund (for landfill use) will use about $3 million.
• The self insurance (for funding city insurance policies) will use about $3.5 million.
• The public housing fund will use about $3 million (primarily federal money).
• The Powell Bill Fund will use about $676,000 (primarily state money).