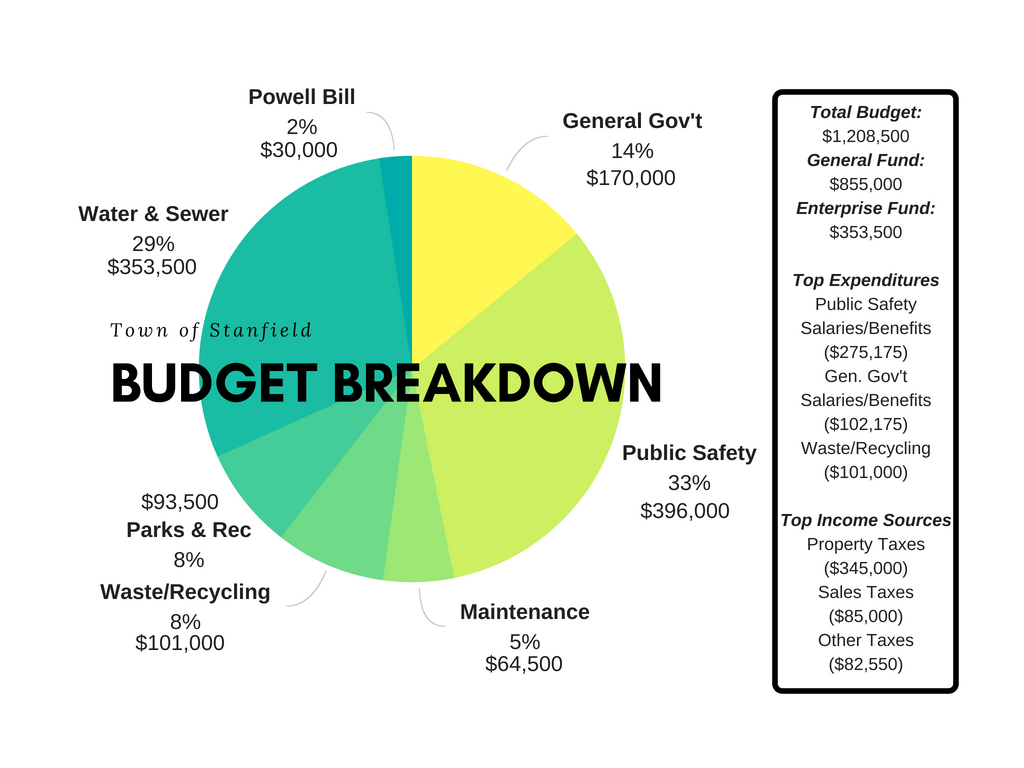 Stanfield residents can expect property taxes to stay the same during the next fiscal year.

At their last meeting, the town council approved a 2018-19 fiscal year budget that maintains the current 32 cent per $100 valuation property tax rate.

However, while property taxes will stay the same, rates will not.

The town’s water and sewer rates are slated to go up 2 percent come July. For the average household (four people using about 400 gallons a day) that will represent an increase of about $36 more a year for water and about $17 more a year for sewer.

As for the town’s overall budget, that will total about $1.29 million. Those monies will be split between the general fund (used for governmental activities) and the enterprise fund (water and sewer operations).

Another $230,000 of the general fund — or 27 percent — will go to salaries and benefits for administrative, maintenance and parks/recreation employees. The rest goes mostly to waste disposal fees, electricity costs, materials, property maintenance/repairs and legal/insurance fees.

The rest will go to miscellaneous costs such as equipment purchases, equipment maintenance and insurance/liability.

Between the two funds, Stanfield’s overall budget has gone up almost 7 percent since last year.