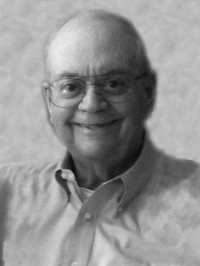 Malcolm Franchot Palmer died peacefully at the Glenn A. Kiser Hospice House on Wednesday- day, June 20, 2018, following a two-year illness.
Born November 17, 1938, in Albemarle, NC, he was the son of Malcolm Monroe Palmer and Mary Davis Palmer. Franchot was named after a popular movie star of the time – Franchot Tone – and often said, “Mama wanted something different in a name and she got it!”
Franchot was as unique as his name; a renaissance man with a robust measure of southern gentleman farmer; comfortable quoting Kipling or comparing cow breeds.
After his family, his greatest love was UNC Tar Heel sports – especially basketball and football – which he attended as often as possible.
In 1960, Franchot graduated from the University of North Carolina at Chapel Hill with a degree in history and was a member of the Kappa Alpha fraternity. In 1961, he returned to the University and earned a second undergraduate degree in business.
He entered the United States Navy and served as a commissioned officer, working in communications, from 1962 to 1966 in the Philippines and at NOB Norfolk, Va., and achieving the rank of Lieutenant.
Following active duty, Franchot moved to Washington, D.C., where he served in the Navy Reserves and worked for Marsh and McLennan in their Architects and Engineers Professional Liability program.
There he met Carol Dougherty of Princeton, NJ. In 1973, they married and moved to Albemarle to help with his father’s family-owned farming corporation.
Franchot’s love of history coupled with his travel experiences had led him to become an avid collector of antiques. After settling in Salisbury, he and Carol established The 1839 Antiques in 1976, which Franchot enjoyed operating for over 40 years until illness prevented him from doing so.
A long-time member of St Luke’s Episcopal Church, Franchot volunteered as an usher and served on the vestry and the St. Luke’s Foundation.
He is survived by his wife, Carol, and daughters Deirdre Palmer, a museum educator at the National Gallery of Art in Washington, DC, and Brooke Palmer, a professional musician and teacher living in Chiang Mai, Thailand.
Funeral services will be held at 11 a.m., Saturday, June 23, at St. Luke’s Episcopal Church, 131 West Council Street, Salisbury, NC, with committal in the church columbarium. The family will greet friends in the Parish Hall immediately following the committal.
The family offers sincere gratitude to Dr. Myron Goodman and Ms. Tonya Parker for their devoted care during the past two years.
In lieu of flowers, memorials may be made to St. Luke’s Episcopal Church, 131 West Council Street, Salisbury, NC 28144, or the Glenn A. Kiser Hospice House, 1229 Statesville Blvd., Salisbury, NC 28144.
Summersett Funeral Home is serving the family. Online condolences may be made at www.su mmersettfuneralhome. com.