By Shannon Beamon
Staff Writer
Albemarle will lose one of its top administrators this month.
Assistant City Manager Christina Alphin will step down from her position on June 22.
“She is one of the most outstanding people I’ve ever had the chance to work with,” City Manager Michael Ferris said. “It’ll be tough to see her go both professionally and personally.”
Alphin plans to take up the role of administrator for the Village of Marvin, a municipality of about 6,000 in Union County.
As administrator, she will serve in much the same role as a manager in a larger city, she noted. And with Marvin’s annual growth rate of about 20 percent since 2010, that is an opportunity she could not pass up.
“(I) felt the fit was ideal and the timing was perfect,” Alphin said.
But at the same time, she hates to leave Albemarle, particularly right now, she added.
“The city is on the verge of such instrumental development,” Alphin said.
During her three years with the city, she’s seen everything from Pfeiffer University announcing its downtown campus to the completion of major utility projects.
Personally, she has helped with day-to-day operations such as developing the city’s multi-million dollar budget, screening potential employees and communications, as well as a number of special projects such as facilitating streetscape improvements, implementing branding designs, revitalizing the city’s performance appraisal system and coordinating efforts between the Albemarle Fire Department and the city’s Planning and Community Development Department.
“In my time I have witnessed the progressive and collaborative mindset of the council and the professionalism exhibited in carrying out day-to-day services and major projects by the entire development team,” Alphin said. “I am confident the city is in the best position it has been in a long time with the direction of the current council and manager… I am excited to see Albemarle’s future in a few years.” 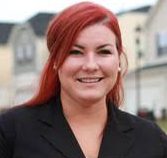