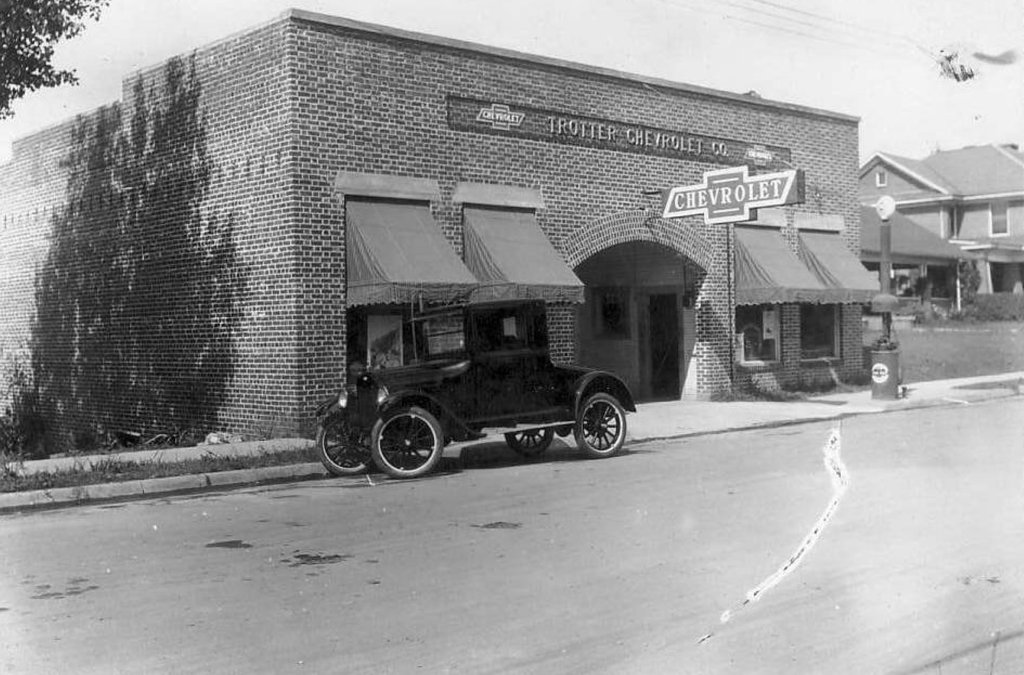 The Chevrolet Motor Company was founded in Detroit on Nov. 3, 1911 and the company was first represented in Stanly County just five years later.
In late 1916, the Reid Motor Company (sometimes known as Reid-Huneycutt Motors) opened a garage and began selling Chevrolets in Albemarle in the building across South Street from the Lutheran Church.
In February of the following year the business moved to the Klutz Livery Stable building on East Main Street. This location is the white building located across the street from the present-day main branch of the library.
The history of our local Chevrolet dealers over the next few years is a little unclear, but by May 1919 they were being sold by the Albemarle Motor Company. This garage was located in the building Reid Motor Company had first occupied on South Street and they, too, later moved to the Klutz Livery Stable building.
George Trotter moved to Albemarle during the first half of 1923. He took over the Chevrolet dealership when he opened in the J.S. Huneycutt garage building at West Main and Love streets (see photo) on July 1 of that year.
In early 1924 Trotter, like the earlier dealers, moved the business to the Kluttz Livery Stable building on East Main Street.
In late September or early October 1927, he moved again and is believed to have been located at West Main and Railroad streets near the Southern Depot.
In July 1933, Trotter moved to Morganton to open the Chevrolet dealership for Burke County.
The history of Chevrolet dealers in Stanly County will continue next week.