An argument over a girl is believed to be the motive of a fatal shooting Monday morning, according to Albemarle police.

At 10:34 a.m. officers responded to a call of shots fired on Anderson Road near the VFW Post 2908. Once on the scene, police found Jason Dennis Braley, 35, of Gold Hill, lying in the street dead from multiple gunshot wounds, according to Capt. David Dulin. 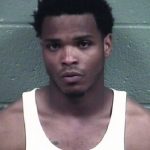 Police charged Hasan Akeem Webster, 25, of Badin, with Braley’s slaying. He was still on the scene when police arrived. Webster made no attempt to flee or resist. Assistant police Chief Jesse Huneycutt said Webster has been cooperative.

The two men, who knew one another, got into a heated argument when Webster pulled a handgun and shot Braley, Dulin added.

Detective Dulin declined to reveal how many times Braley was shot or the caliber of weapon used, pending a report by the medical examiner.