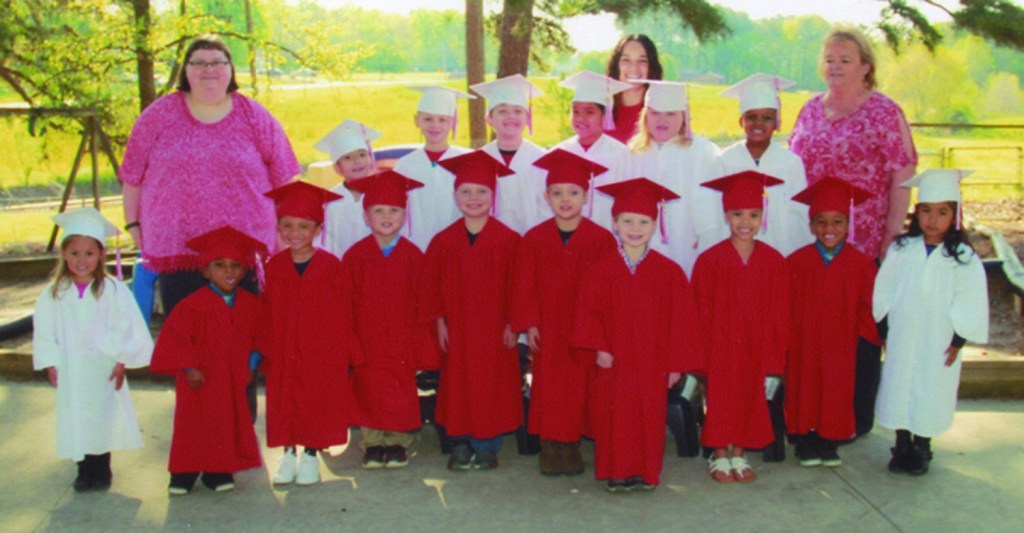 On June 1, Countryside Kids Club in Norwood held a graduation ceremony for its 16 Pre-K students.

The graduation was titled “Oh, the Places You’ll Go” and had a Dr. Seuss theme.

The program was outside decorated with truffle trees. The program started with a welcome from Bonita Diggs, site administrator.

The program was led by Amy Harris, Pre-K teacher, with assistance from Whitney Beasley, Pre-K assistant teacher, and Diana Desselier.

The graduates entertained their families and friends by reciting two poems “I Can Read” and “Cat in the Hat,” and singing “There’s A Wocket in My Pocket Dr. Seuss,” “The Cat in the Hat” song, “I Can Count,” “Five Little Fish,” “ABC Disco,” “May There Always Be Sunshine” and “One Small Voice.”

They then changed into caps and gowns and were presented with diplomas from Harris.

The students also received a book and a journal from Diggs.

Renea Wall helped serve refreshments to all who attended after the program.

The teachers and staff at Countryside Kids Club wish their students well in kindergarten next year.

Countryside Kids Club is at at 12378 Rosehill Dr., near Michelin and South Stanly High School.