Local investigators had been looking into numerous home break-ins for months when they were led on a chase and discovered a multi-county crime spree. It unfolded after a man was robbed while trying to link up with a woman on a dating app.

On June 26 around 11:30 p.m., a 19-year-old man told Salisbury Police he was robbed while parked at a vacant home at 103 Crawford St. He was waiting in his car, a white Ford Explorer, for a woman he’d connected with through the online dating app Meet Me.

Police officials said the teen had just moved to the area and did not know the home was vacant. He said two male suspects stole his vehicle.

Authorities said the two suspects were seen in the stolen sport utility vehicle on Wednesday, back at Crawford Street. Salisbury Police Officer Michael Dishman realized the vehicle sitting in the area was the same one that was reported stolen and began to approach the vehicle in his patrol car.

The driver the Explorer and the officer’s patrol car crashed in a grassy area beside Friendly’s Mart on South Martin Luther King Jr. Avenue. The driver took off on foot and eventually made his way to the Fairview Heights neighborhood behind Walmart and off Old Concord Road.

The driver ran from the vehicle and police investigators believed he had someone pick him up.
Dishman received minor injuries and was taken to Novant Health Rowan Medical Center where he was treated and released. His patrol car had major damage, as did the stolen SUV. 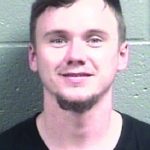 Rowan authorities say a cellphone pinged to a home at 742 Wilson Road, just off Locke Street.

The suspects were inside the home as numerous police investigators and members of the department’s Special Response Team were in front of the house and the surrounding area awaiting a search warrant.

Members of the Rowan County Sheriff’s Office SWAT entered the home and brought the suspects out. 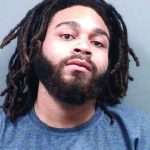 • Kaundre Tyree Charles McKillian, 24, of 1612 Stoker Terrace, Albemarle, one count felony possession of stolen goods. An investigator said detectives expect additional charges for McKillian. He is being held in the Rowan County Detention Center under a $25,000 secured bond. His charges also include a parole violation. 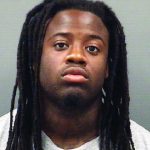 County, including a parole violation.

A 15-year-old who was also involved was released to his stepfather and investigators are seeking a juvenile petition for charges.

According to a Rowan County sheriff’s investigator, the suspects would stake out homes they intended to break into and would go back when no one was home. Investigators say there are numerous text messages from the suspects about which homes they’d burglarized and what items they stole. They also posed for pictures with the stolen items and posted them online.
Most of the stolen property went to Stanly County, where authorities say it was being traded for marijuana. 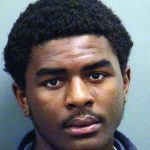 Rowan investigators say the investigation began with their detectives about a month ago; in Stanly County, the crimes date further back.

All of the home break-ins occurred in Salisbury and throughout Rowan County as well as some in Stanly County.

The suspects would break into homes and neighborhoods they were familiar with, officials said.
Some of the items stolen included televisions and other electronics, fishing equipment, guns, jewelry, a gun safe filled with multiple guns and an iPad that belonged to the Rowan-Salisbury School System.

Investigators say the case is not closed as they expect more charges for the suspects, more stolen property to be identified and recovered as well as other suspects who will be arrested.

The arrest warrants date to April 24 and are as recent as Tuesday, but officials say there could be other homes identified.

The arrest warrants say and officials confirmed that Shaver was the one who scouted the houses where the break-ins occurred. Authorities say he used to live in Rowan County and now lives in Albemarle. Some of the homes targeted he had either visited or were former neighbors.

He would buy the stolen property from Cole and Cook and pay them using money and drugs, authorities said. According to arrest warrants, two homes on Stokes Ferry Road were broken into, as were three on Airport Road, a home on Liberty Road and on Providence Church Road.

Anyone with information as to the whereabouts of Dominique Cook is asked to contact Crime Stoppers at 1-866-639-5245 or you can go to tips.salisburyrowancrimestoppers.org to report information anonymously.