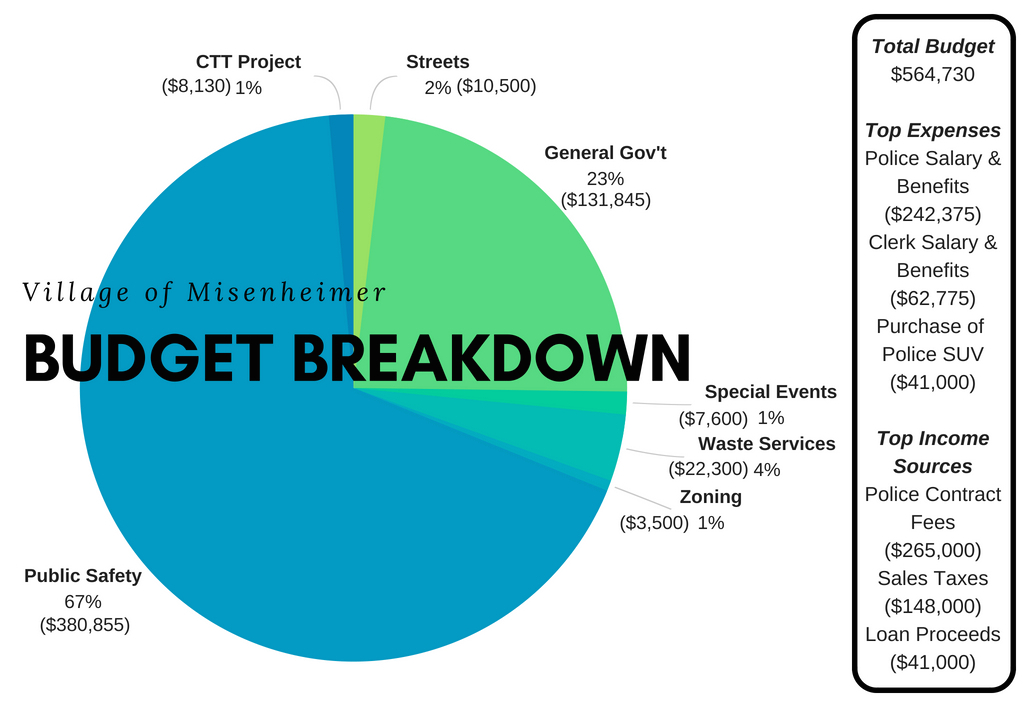 The village of Misenheimer’s overall expenses will go down about 2 percent during the next fiscal year.

“With projects like the Gladstone, we want to set some aside for the future,” Councilman Peter Edquist said.

The council had originally discussed spending more. An earlier draft of the budget included $50,000 for the construction of bathrooms at the Gladstone Building, but that funding was cut to $10,000 prior to approval.

“That’ll just be for the design,” Councilman Micah Edquist said.

As for village property taxes, residents can expect rates to remain 22 cent per $100 valuation during the 2018-19 fiscal year.

In addition, the village’s income from police contracts will remain steady. Pfeiffer University has agreed to pay the village $265,000 for contracted police coverage over the next fiscal year, the same as it did the year before.

As in the past, this makes public safety the top source of both income and expense for the village of Misenheimer. Police expenses occupy about $381,000, or 67 percent, of Misenheimer’s upcoming budget. In fact, the department’s top line item — outside of employee salaries and benefits — is the purchase of a new police SUV for $41,000. Councilors plan to take out a loan to offset that purchase.

In other budget highlights, there will be no employee pay increases during the next fiscal year. The village also plans to pull money from its Powell Bill fund — state monies for street expenses — to cover the cost of electronic speed signs.

“We are doing our best to remain as conservative as we can,” Peter Edquist said.