The current chairman of the Stanly County Board of Commissioners was ticketed for driving 62 miles per hour in a 35 mph zone. 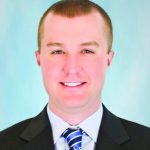 He is serving the final year of a four-year term as county commissioner. Burleson’s re-election campaign ended with a defeat in the Republican primary by political newcomer Tommy Jordan.