VFW marks the life of veteran and wife 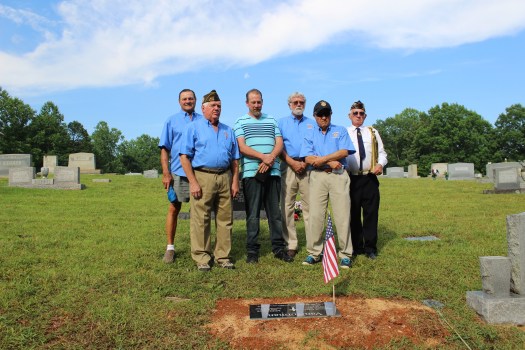 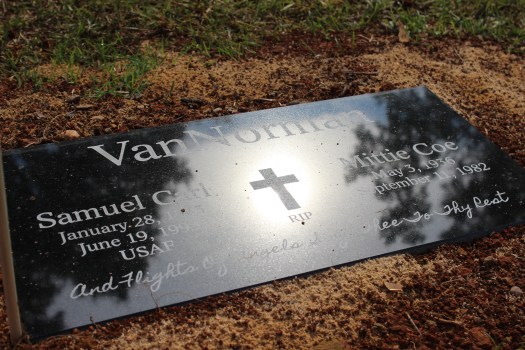 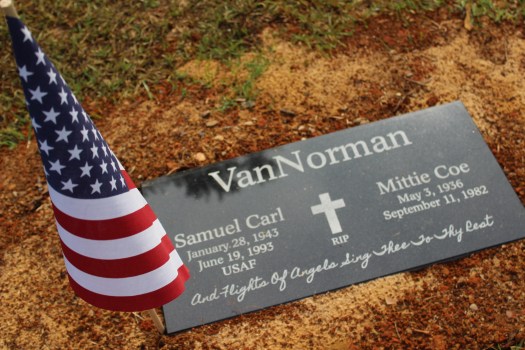 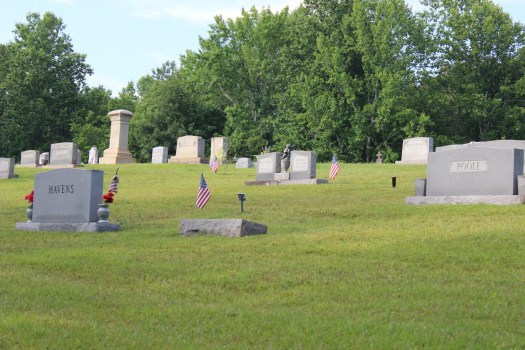 Each time the members of VFW Post 6369 went out to put flags around the New London Cemetery, they wondered about the grave.

There was nothing to mark it except a stake in the ground. And no clue as to who might be there except the American Legion medallion welded to the stake’s top. 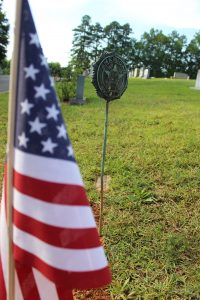 This metal American Legion marker was the only thing marking the grave of veteran Samuel VanNorman prior to this past week.

“We knew it must be a veteran from that,” said VFW member Ronald Vigil. “But we had no idea who.”

Eventually that question ate away at both Vigil and the rest of the VFW. So they took to asking local families about it, looking through old records. And not just to satisfy their curiosity.

Through their thorough search, they uncovered the name of the unknown soldier buried in the New London Cemetery, as well as the wife who turned out to be buried beside him.

Then just a few days before Independence Day they dedicated a gravestone to both.

“It became about remembering not just him, but her,” Vigil said. “We feel honored be part of that.”

The soldier’s name was Samuel VanNorman. He was a tailgunner for the U.S. Air Force during the Vietnam War.

“And his service took him a good ways from home,” Vigil said.

According to VanNorman’s sons — two of whom the VFW located during their research — their father grew up in Lansing, Michigan, about 700 miles from where he is now buried.

“But this is where he made his life,” Vigil said.

After being honorably discharged from the Air Force for diabetes, VanNorman lived in the Charlotte area, where he met his wife, Mittie Coe.

“She was a soldier in her own way, a soldier for God,” son Walter VanNorman said. “Such a godly woman.”

After the two got married, they moved to Stanly County, where Mittie’s family lived. She worked as a cosmetologist. VanNorman worked as a truck driver. In fact, he had a near flawless driving record, at least 30,000 hours accident free.

During that time they also had three boys —Daniel, Walter and Andrew. Samuel VanNorman later opened an all-you-can-eat chicken restaurant across from North Stanly High School, as well.

“A lot of us had been out there,” VFW Post Cmdr. Robert Shoe said. “We never guessed.”
But in 1982, tragedy struck. Mittie, 48, passed away after a struggle with cancer. Unable to work and take care of his boys, Samuel entrusted his sons to family friends who adopted them.

The boys were still pretty young when Samuel died, as well.

While out on one of his truck routes about a decade later, Samuel stopped to grab some dinner.

While getting back in his cab, he suffered a heart attack and passed away.

“He had a dog who traveled with him,” Walter noted.

The dog was trapped in the cab with Samuel after he died, he detailed. Despite being in there with the body three days, the dog refused to eat the sandwich Samuel had left on the seat.

“For some reason that always stuck with me,” Walter said.

Due to multiple complications, the family couldn’t buy a gravestone at that time, he added.

“So you have my deepest gratitude for doing this right,” Walter said.

The dedication itself was small, but heartfelt. On Saturday evening, Walter, the members of VFW Post 6369, and a local couple gathered at the New London Cemetery. 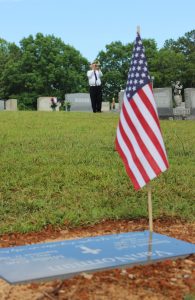 A member of VFW Post 6369 plays the taps at the gravestone dedication for Samuel and Mittie VanNorman.

After a playing of “Taps,” Walter and Vigil took turns sharing what they knew of both Samuel and Mittie. They recalled how she called him “Joe,” even though that wasn’t his name, how he joked with her (and just about everyone else). How she shared Bible verses with her boys. How he ran his restaurant and parked his big rig just so.

“When my dad was a young man it was a big deal to fight for your country and he did that, he did want to serve,” Walter said. “I’m proud to know he did.”

Walter’s uncle also served in the Korean War. He can remember hearing about some of the unmarked graves out in those jungles.

“It is hurtful to think there are so many who never got a chance like this,” Walter said.

But what they can do, they will do, VFW members said. And they aren’t alone in that sentiment.

To help honor the former soldier, Stanly Funeral & Cremation Care donated half the cost of the gravestone to mark the VanNormans’ grave. Others helped by pitching in with their research, VFW members noted, and Richfield Civitan Club member Dale Newport, son of a World War II combat veteran, donated his time, money and energy to install the gravestone.

“I hope people will always work together like that to recognize those who serve,” Shoe said. “May we never forget.”