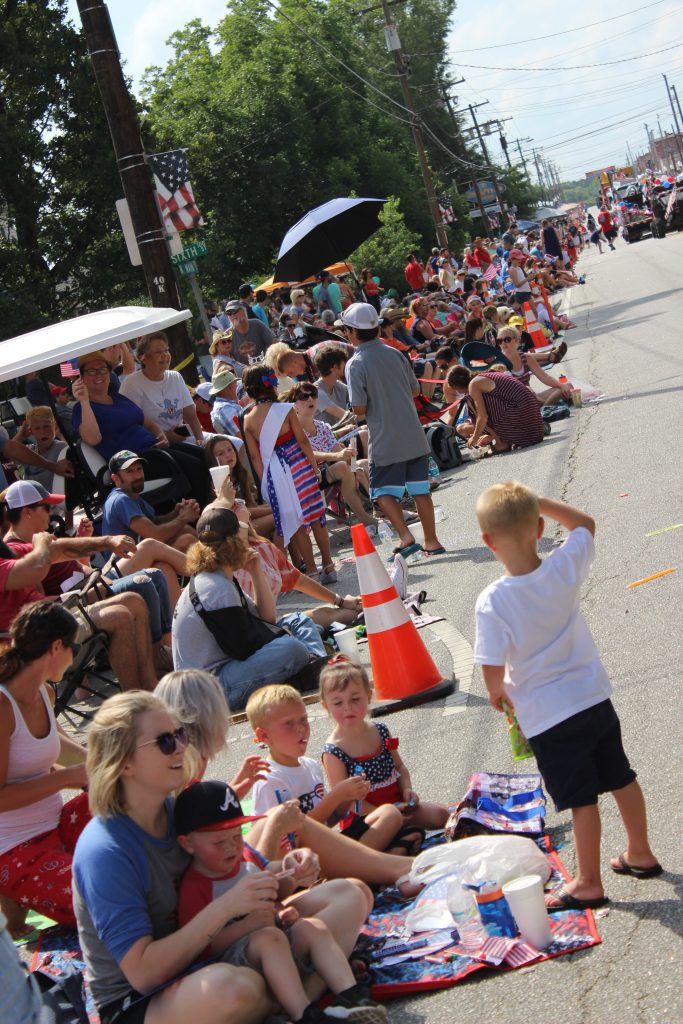 Oakboro’s streets were packed with more than just fire trucks and parade floats this Fourth of July.

Chairs were lined up two to three deep from one end of Main Street to the other, with many more standing behind. According to a member of the town council, an estimated 10,000-12,000 people came out for the town’s annual parade.

The parade lasted about an hour and a half and included everything from Model T’s to muscle cars, from live music to live dancing, and from tractors to horses. Afterward, the celebration continued with the Miss Stanly County Fire Queen Pageant and a fair in the downtown. 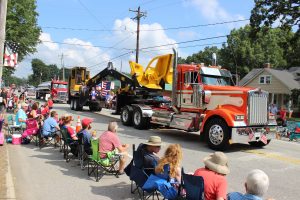 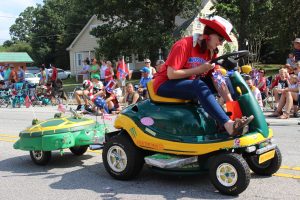 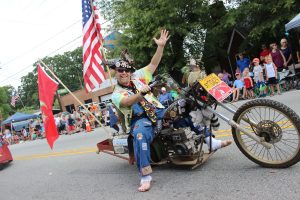 “It’s very impressive,” Edward Tyner said. “Everything they do.”

He and his wife moved to Stanly about three years ago and were blown away by the Oakboro parade. As a former Marine who served in the military 39 years, he has been bringing his family out ever since. This year he even decided to take part in the parade himself.

“I want my grandchildren to see their Pa out there celebrating,” Tyner said.

For many others, going to the Oakboro parade is something they’ve done as long as they can remember.

“I grew up at the parade, at the fair,” said Stephanie Rushing of Richfield who now brings her son out to the festivities. “It’s an old family tradition.”

In fact, the celebration began generations before her or her son. Celebrated unofficially by local baseball teams for years prior to World War II, the Oakboro Fire Department revived the festivities in 1958. They did so because the town’s movie theater had caught fire and burned to the ground that winter. They sought to revamp the celebration as a fundraiser for new equipment.

“To this day, all the proceeds go to the fire department,” event emcee Wes Tucker said.

Dance trio ready to take the stage for the…