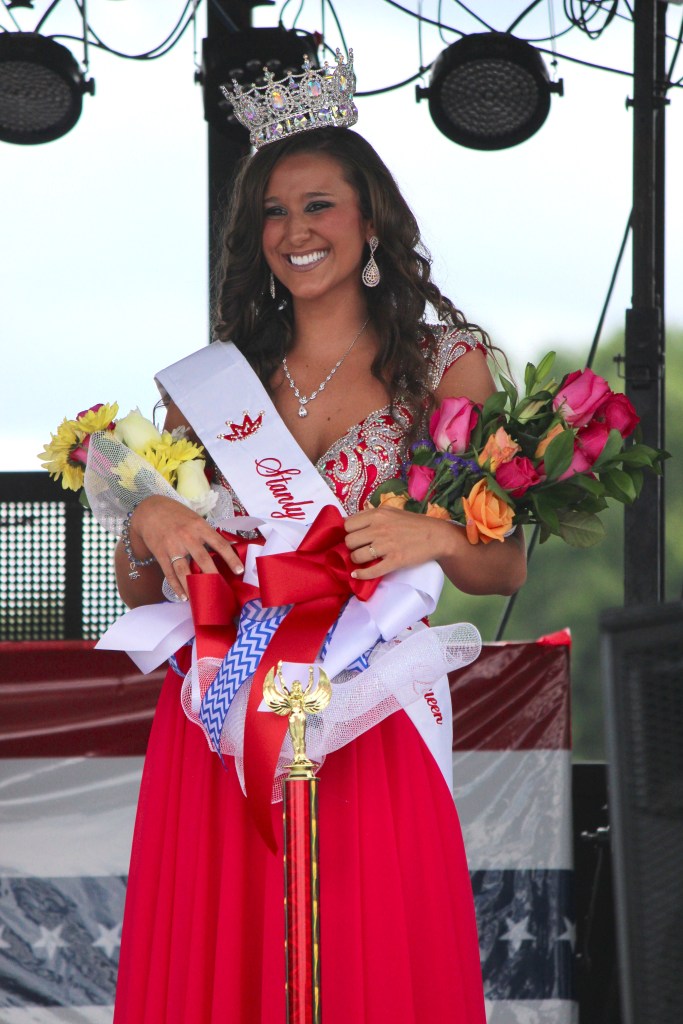 At the annual Fourth of July celebration in Oakboro, Swaringen — representing Aquadale Fire Department — was crowned the 60th Stanly County Fire Queen in a contest that stretches back generations.

“I never expected this,” she said.

The pageant — along with the annual parade — initially began as a fundraiser by the Oakboro Fire Department in 1958 as a way of purchasing new equipment, emcee Wes Tucker noted. It was two contests then: the Miss Stanly County Fire Queen and the Miss Oakboro.

The former was assessed by judges, and the later was chosen by the public. According to a program from the very first Fourth of July pageant, votes were a penny each.

“A lot has changed, but a lot has remained the same,” Tucker said.

The event still regularly draws new contestants from across the county to the stage, he noted. And the ones who come have to prove their poise more than their physical appearance. A lot of that is seen in how they present themselves on stage. And even more in the passions they are asked to talk about on stage.

This year, those passions ranged from Bailey Smith and Peyton Hallman’s desire to ease pain in the medical field, to Brooklyn Simpson’s desire to teach children in undeveloped countries, to Kate White and Graci Hudson’s memories of mentors.

“My grandmother was my inspiration,” Swaringen said during her on-stage questions.

The strength she sees in her grandmother is one of the reasons she keeps pushing toward her own goals, like attending Stanly Community College this fall. The love and care her grandmother shows is what makes Swaringen want to build up those around her. 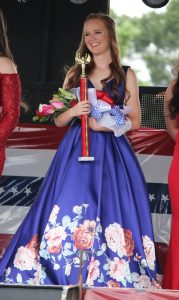 “I hope I can be like her,” Swaringen said.

Swaringen’s fellow contestants seemed to already see that in her. They voted Swaringen as Miss Congeniality during this year’s contest, a title given to the person they see as the most friendly member of their group. (Swaringen earned the same title last year.)

Coming in close behind Swaringen for the title of runner-up was Simpson.

Along with her passion for teaching, she used her time on stage to talk about how the Fourth of July was a great reminder of both the past and the present.

“We can forget our differences and draw together,” Simpson said. “That’s what (today) means to me.”