A prosecutor who works in Stanly and lives in Montgomery has decided to take advantage of recent legislation that merges the neighboring counties into a joint prosecutorial and judicial district. 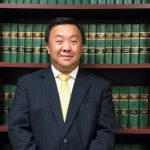 Chief Assistant District Attorney T. Thai Vang announced plans to file for District Court judge, a third seat on the bench created after the passage of House Bill 717.
The legislation, sponsored by N.C. Rep. Justin Bur, R-Stanly, passed overwhelmingly in the General Assembly despite Gov. Roy Cooper’s veto.
In addition to the District Court judgeship, the law adds a second judge for Superior Court. The merger also adds a sixth assistant prosecutor to the two-county district.
If Vang has his way, District Attorney Lynn Clodfelter will need to hire his replacement as he launches a campaign for the bench.
Election for the District Court judge occurs in November, with the office beginning Jan. 1, 2019.
Filing for the seat begins at noon Monday and runs through noon Friday.
According to Vang, a Republican, he has been preparing for this opportunity for years.
“I manage the assistant district attorneys in Stanly County and serve as a liaison for this office with all the law enforcement agencies in this county as well as federal and state authorities,” Vang said.
“I’m one of the few assistant district attorneys, prior to Stanly County being a stand-alone prosecutorial district, who have spent time prosecuting cases in all three counties (Stanly, Anson and Richmond). I have tried hundreds of cases in district court in Stanly, Richmond and Anson County. I am routinely called upon as a conflict prosecutor, meaning that I am assigned cases from other districts when there are conflicts,” he added.
Along with his experience in District Court, Vang claims to have handled more than 30 jury cases in Superior Court.
“I’ve handled everything from speeding tickets all the way up to a first degree murder trial,” Vang said. “I strongly believe that my years as a litigator in both criminal and civil law has provided me with the knowledge, experience and temperament to be a district court judge. As a district court judge, I will be fair, impartial and strive for justice.”
Although the loss of Vang will leave a void in the DA’s office, Clodfelter said, he supports and endorses Vang as ideal for the bench.
“Thai has an outstanding knowledge of the law and criminal procedure, will bring more than 10 years of courtroom experience to the trial bench, both from private practice, and as a lead prosecutor with many District Court and Superior Court jury trials under his belt,” Clodfelter said.
While judgeships have since become partisan offices in North Carolina, Vang realizes the importance of leaving politics outside the courtroom.
“As a judge, I understand it is essential to be unbiased and impartial to any parties appearing before the court,” Vang said.
A graduate of West Montgomery High School, Vang obtained a bachelor of arts degree in English from George Washington University and later earned a law degree from N.C. Central University in 2005.
He first worked in private practice in South Carolina before returning to Montgomery County with his wife.
Along with his duties in the District Attorney’s Office, Vang and his wife own and operate a working farm.
They have four children, ages 8, 6, 3 and a newborn.
Between his humble roots and career as a prosecutor and farmer, Clodfelter said Vang’s diverse background makes him an ideal fit as a District Court judge in the newly merged Stanly-Montgomery judicial district.