Deluxe Grill turns back the clock 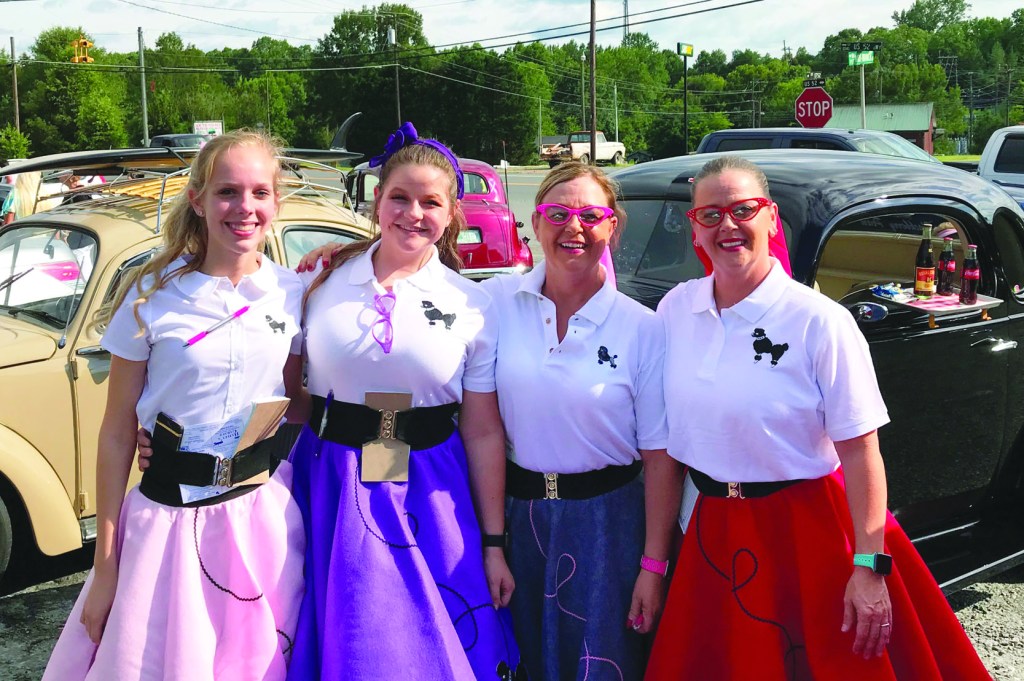 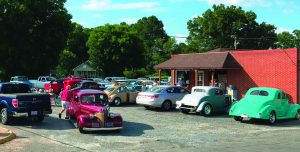 For seven decades, the Deluxe Grill has occupied a roadside spot at the northern city limits of Norwood, serving not just as an eatery, but as a gathering place for the town’s citizens, young and old.
And when Shelby Huneycutt and Beverly Nifong purchased the restaurant in January, they became the new keepers of a town landmark with a rich history.
Knowing that the grill offered curb service for many years, and that many of its current customers once enjoyed that perk, the new owners decided to revive the café’s past with a “Car Hop Night” on Saturday.
“The response has been huge,” said Huneycutt.
And the dozens of restored 1950s-era cars in the grill’s parking lot, customers in vehicles and yard chairs awaiting their orders, and the crave-inducing smell of hamburgers, hot dogs and fries bore the truth of her words.
“We wanted to do an ‘old school’-theme event,” she said. “Our purpose is to get people out, get them talking, and having a good time.”
And a combination of unseasonably comfortable (75 degrees) July weather as well as anticipation built by weeks of word-of-mouth build up and advertising, paid off. By 5:30 p.m., only 30 minutes after the event kicked off, parking spaces anywhere close to the small building were scarce.
In keeping with the theme, car hops, dressed in brightly colored skirts and blouses, worked the parking lot, taking orders one vehicle at a time, while classic hits including “Leader of the Pack” by the Shangri-las, and “It’s My Party” by Lesley Gore boomed over speakers from inside the building.
Hot dogs, although not as inexpensive as in the 50s, were on special at two for $1.50, and seemed to be the food of choice for those dining inside their cars.
When questioned as to whether future Car Hop Nights might be on the docket, Huneycutt was non-committal, although she did not rule out the possibility.
“We have talked about doing something special, possibly on a monthly basis,” she said, “but nothing is definite yet.”