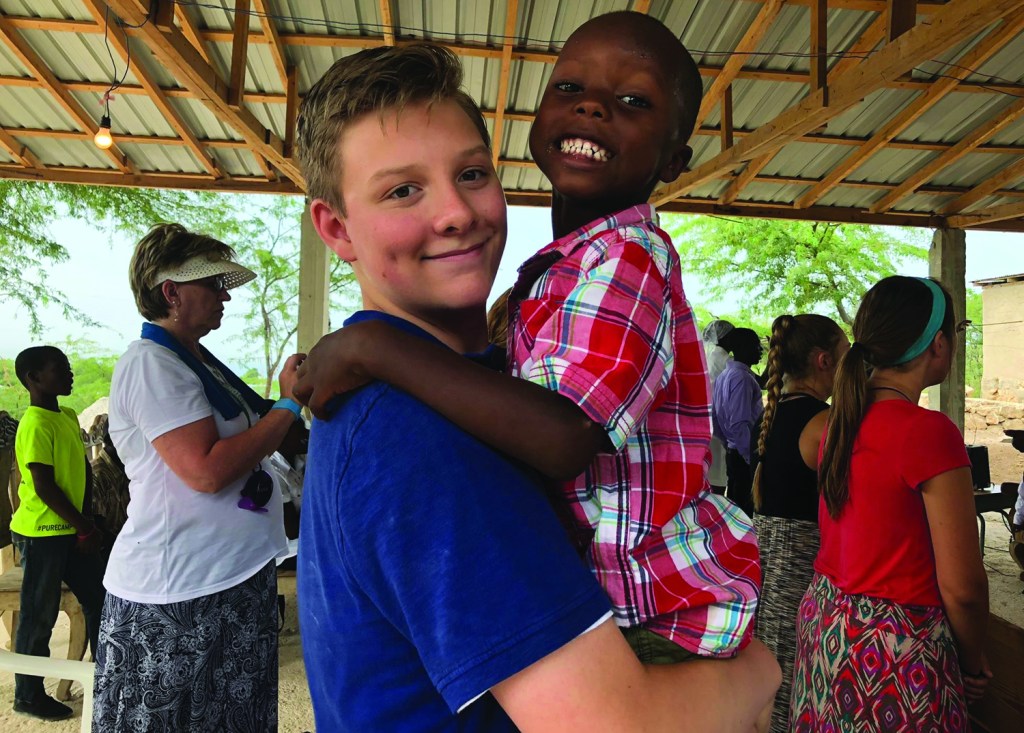 Wyatt Smith, 14, holds a Haitian child during a week-long mission trip to the poverty-strickened country. The North Albemarle Baptist Church mission team is back home after being stranded in Haiti after an uprising over increased fuel prices created unsafe conditions.

“Everyone is home and back on American soil,” said Brittany Blalock, whose husband was part of the church group.

The team of 12, including two teenagers, returned home divided into two groups. Each group departed Tuesday, with one leaving Haiti for Miami and the other for New York. One group departed Haiti at 11 a.m., with the other leaving at 12:30 p.m., Blalock said.

It was not until several hours later that the two groups arrived at Charlotte Douglas International Airport where family and friends greeted them. The team coming from New York arrived at 9 p.m., with the Miami group landing at 10 p.m.

“They were exhausted, but in great spirits,” Blalock said.

“They expected things to pick back up in Port-au-Prince,” she added about the protests.

As the team drove to the airport in Port-au-Prince they witnessed firsthand the turmoil caused by the demonstrations.

“Port-au-Prince looked like a war zone,” Blalock said. “It was very sobering for them (group).”

Pastor Brad Lynch was among those to greet the group upon their arrival in Charlotte.

“We’re very thankful and beyond relieved,” Lynch said. “We’ve been praying to the Lord for their safe return.”

Originally slated to depart their week-long commitment last Saturday, escalating protests led to the closure of the airport in Port-au-Prince. The closure forced the group to retreat back to an orphanage where they had been working.

“Honestly, when they were in the orphanage they felt safe and not in harm’s way,” Blalock said.

However, the group had given away all of its supplies, like food, water and clothing because they had planned to be leaving. Haitians are subjected to extreme poverty, thus supplies gifted from missionary groups are greatly needed.

The U.S. Embassy in Haiti had warned American citizens to remain inside during the protests. Citizens were outraged over the Haitian government’s sudden spike of fuel prices.

Protesters had been burning tires as barricades to streets and looting businesses. There were reports that citizens were arming themselves and that the uprising had spread from the capital city.