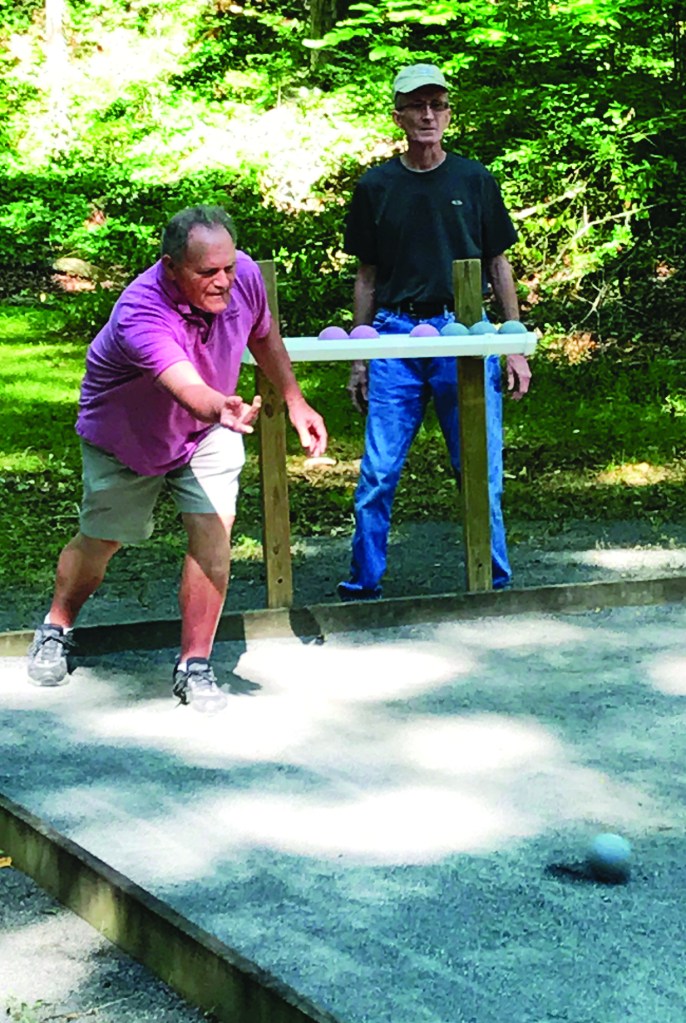 Wednesday morning visitors to Rock Creek Park this month will see increased activity at the park’s two bocce courts as play continues in the Albemarle Parks and Recreation Summer Senior Bocce League, an outgrowth of Uwharrie Senior Games.
Fourteen participants (eight women, six men) are currently participating in round-robin play, which is set to finish on July 18, followed by a tournament and cookout on July 25.
“The bocce league is an opportunity for those who participated in Uwharrie Senior Games (USG) this past spring to stay active throughout the summer,” said Toby Thorpe, a volunteer and former USG coordinator. “Senior Games is designed to give adults ages 50 and better a means of staying healthy through year-round activity.”
And the league is open to all who meet the age requirements, not just Senior Games participants, added Thorpe.
“Although most of our bocce league participants also take part in Uwharrie Senior Games, we have a few who were not part of the games who heard about the league and decided to try it out,” he said. “Hopefully, we can get keep them active and fit through bocce and other Senior Games activities.”
A late-summer/early-fall bocce league, as well as other senior activities, will be offered in upcoming months contingent upon interest.
Further information on these activities is available by contacting Oliver Webster at Albemarle Parks and Recreation at 704-984-9562, or Thorpe at 980-621-8980.