ROGER THOMAS COLUMN: The best films of the first half of 2018

Once again, we are reached the end of the first half of a year. Six months have passed and six more are to come. 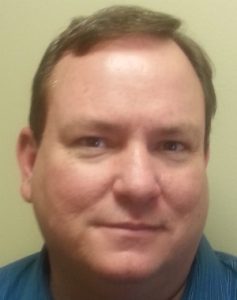 Over the last few years, I have offered my readers a list of the best films of the first half of the year.
I do not usually list them with a first, second, third place, etc. I just offer these films because I found them to be the best so far this year.
I usually have a list of 10 or 15 during the mid-year, but this year, I ended up with 16. I offer you 16 films that inspired me.
Will any of these make my end-of-year list?
Only time will answer that.
Why not use some of that time by watching these 16 fine films?
• “Adrift” — I knew a little about this film from the trailer, but it turned out to be much better than I expected. A “love story” and an “adventure tale” all rolled into one.
I am glad that I did not dismiss it as corny romance flick.
• “American Animals” — This is the biggest surprise on the list. I knew absolutely nothing about the film and I was glad that I did not.
So, no hints. Just go see the film. It will be worth it.
• “Beast” — A crime film with a romance involved. Fine acting from the lead and a story that started slow but really packed a “pow” toward the end.
Jessie Buckley, in the lead actress role, is a player to keep an eye on.
• “Breath” — I have never tried to surf, and with one leg, I never will now, but I am impressed by those who can.
“Breath” is a film about surfing and life. The young lead actor is especially good as a boy trying to learn the life of a man.
• “Chappaquiddick” — Not the best film of the year. There were some moments that could have been edited better.
But the thing that still stays with me is that the filmmakers depicted everyone as flawed.
Kind of like all of us.
• “Foxtrot” — A film that starts with a misunderstanding. Then it becomes a war story set on the Israeli border.
There are twists and turns in the story, but the most powerful moments are about family and friendship.
• “Incredibles 2” — After 14 years the Parrs, known to us as the Incredibles, are back on the screen.
It looks great. The plot is complex. It could have used more Edna, but for the most part, it is a great load of Pixar fun.
• “Isle of Dogs” — This film will probably be “Incredibles 2’s” biggest competition for the “Best Animated Feature” at the Oscars. Either can win because “Isle of Dogs” is really something special and unique.
• “Lean on Pete” — This is the first boy and horse film on this list. Of the two, I like this one more, but they are both moving stories of life changes and struggles that alter lives and bring much pain.
Charlie Plummer plays the teenager lead. He also appeared in “All the Money in the World” in 2017.
• “Paddington 2” — Not quite as good as the first one, but still fun and sweet.
I have not heard of plans for a third “Paddington,” but I will be there if a third one comes to the theatre.
• “Peter Rabbit” — This film actually surprised me.
The trailers for the film did not impress. The story seemed predictable. However, the animation and the actors in the film won me over.
“Peter Rabbit” deserves a sequel, there are many other tales of Beatrix Potter that should be explored.
• “A Quiet Place” — I wrote in my review that I loved 95 percent of this film. I did take issue with one revelation in the film, but the rest of it from the opening to the credits were chilling.
Once more, I hope there is a sequel.
• “Ready Player One” — I loved this film. I am not a computer person. I do not understand much of the computer world.
However, I loved this fantasy about a time in the future when people can spend time in “virtual worlds” to escape from their harsh lives.
Not one of Spielberg’s best films, but certainly one that can be watched over and over again for the thrill of it.
• “The Rider” — This is the second “boy and horse” story on this list. This film is getting some Oscar buzz for best picture.
I am not quite that impressed, but it is a well-crafted and touching film.
Most of all, I think the film has an ending that most Hollywood films would discard.
• “Tully” — This is one of the best films about parenting I have seen in a long while.
Yes, the film has some twists and turns and an Oscar-worthy performance from Charlize Theron, but the heart of the film is the exploration of parenthood.
I would like for the filmmakers to do a sequel that shows this family in five years. Or maybe a series of films over the next 15 years.
• “Upgrade” — The second best sci-fi flick of 2018 thus far — the first being “Ready Player One.”
The two films really should not be compared because they are very different.
“Upgrade” is harsh, brutal and bloody. It also has some wonderful future gadgets.
The film is not perfect, some parts are better than others. But in the end, it is worth the journey.
So that is it. The 16 best films I have seen in 2018 — so far at least.