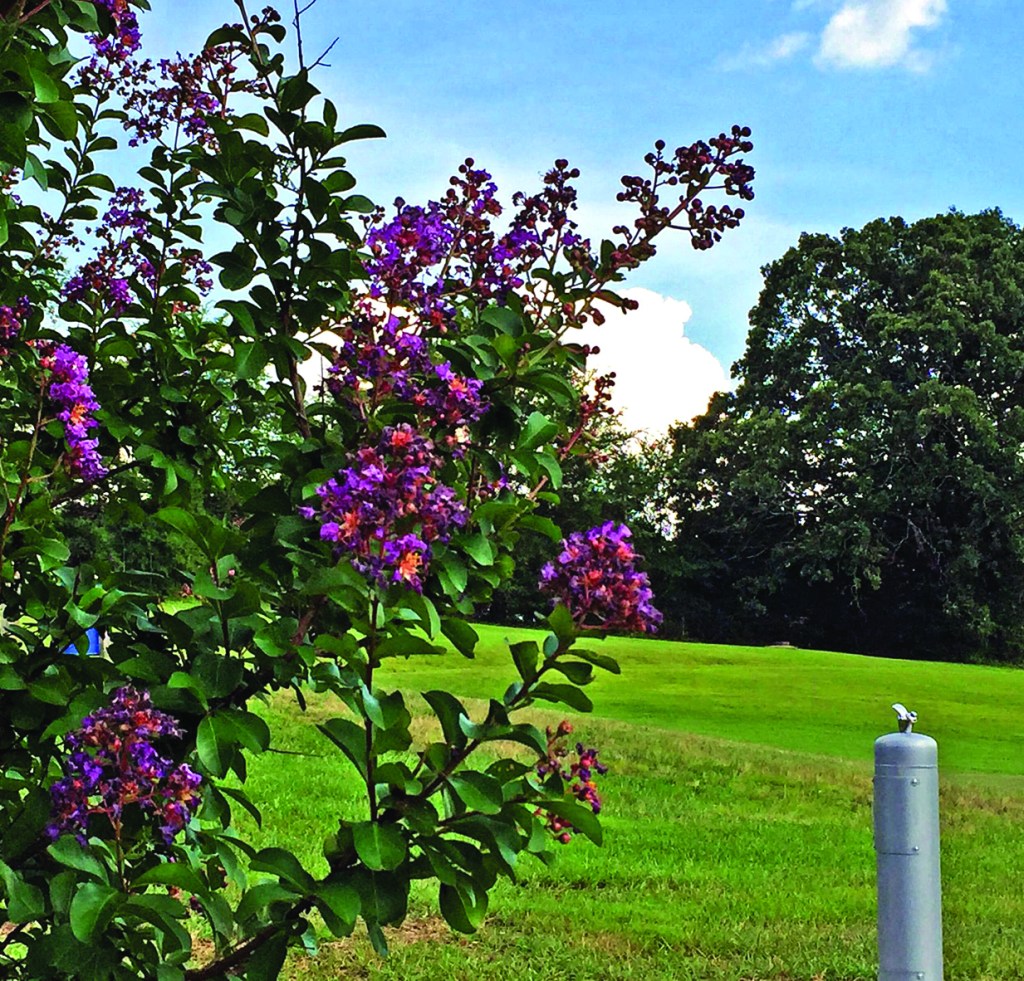 Many residents have spoken favorably about a new water fountain in Badin. The town may consider adding another one.

Badin council members heard from a retail advisory business about opportunities available for the town to expand its business possibilities.
Retail Strategies of Birmingham has worked with the city of Albemarle for several years, piquing Town Manager Jay Almond’s interest in the business. He asked representatives to speak to the council about opportunities available for Badin.
Retail Strategies representative Wesley Vaughn said the company’s Retail Academy enrollment has steadily increased and is particularly tailored to smaller cities, adding that Albemarle is one of its oldest customers.
While Retail Strategies does work with larger cities, it developed Retail Academy for smaller communities that can use similar services.
The program would help the town to understand its demographics, track where shoppers come from when visiting Dollar General, analyze sites Badin could market to retail developers and provide a list of the most marketable locations, train the town on how to use a marketing flier and successfully approach businesses at conferences and more. The personalized data and strategies could help bring business to Badin and prepare the town to market itself in the future.
The program would have a one-time cost of $10,000, with other small fees possible if the town asks for updates to certain services.

Almond provided several updates to code enforcement cases in the town, including overgrown lots and a tree that may soon fall on a road. The code enforcement officer is still in the process of contacting property owners to fix some issues.
The council also named other properties they believe are violating code and need to be addressed, including places where furniture is sitting on sidewalks or lots are becoming overgrown.

Badin Police Chief Bryan Lambert said his department had two high-speed chases stopped using stop-sticks within two months, adding that the tools have been worth the cost of purchase and may have saved lives. One stop occurred 100 yards before a swimming area, he said.
Lambert said that while there was a “tremendous crowd” on July 4, the town experienced no major issues.
The council also discussed its new drinking fountain installed in West Badin Park and opened in the last week of June.
Both Mayor Pro-tem Deloris Chambers and Councilman Larry Milano said they appreciate the new fountain. Milano said he has heard positive feedback from town residents about it, and would like to see a second fountain installed near the playground. He said he also wants the council to talk about the possibility of adding a covered gazebo.
“I will say that everybody I spoke to spoke highly of it and the park looked wonderful,” Milano said.
Milano also congratulated the town and Almond on their work pushing back against de-annexation. Mayor Anne Harwood read an announcement the town had published in the newspaper thanking residents for their support during that time.
The next regular council meeting will be at 7 p.m. Aug. 14 in the town hall.