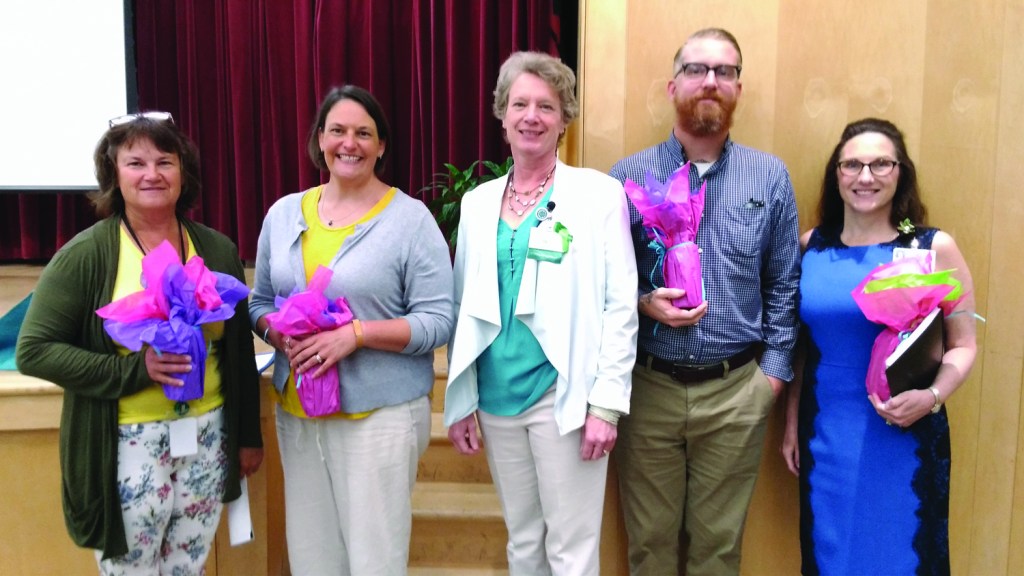 Adverse childhood experiences (ACEs) can profoundly affect a person’s health and wellness.
That was one major point of the film “Resilience,” screened in a special event hosted by Atrium Health at CHS-Stanly.
The other major point was that while ACEs might continue to affect someone, there is hope. There are ways to build and develop resilience in the face of challenges.
Butterfly House Director Amy Yow welcomed health and education professionals from all over Stanly County and the surrounding areas to the event.
“Resiliency is the ability to thrive. It is the natural counterweight to to adverse childhood experiences,” Yow said.
“The more resilient a child is, the more likely he or she is to deal with adverse situations in a healthy way.”
Guests to the event then viewed the film Resilience, which detailed the research and experiences of medical professionals who have studied and continued to study the effects of ACEs on the body and mind.
According to the film, ACEs include various forms of abuse, as well as substance misuse, mental illness in the household, divorce, and the incarceration of someone in the household. Researchers interviewed in the film talked about how adults who had lived through more ACEs were more likely to develop a variety of health issues, including heart disease, obesity, substance abuse problems, and depression.
The film also talked about how resilience can offset some of the negative effects of ACEs. Professionals featured in the film demonstrated methods for encouraging resilience in children and families, including family counseling and training for parents.
Following the film, Lynn Hennighausen, of Atrium Health, introduced a panel of local experts and led a discussion on ACEs and resilience. She also presented the outcomes of a survey taken of guests to the event.
“The average ACEs score in this room is 2.5,” Hennighausen said. “25 percent of you have experienced four or more ACEs in your lifetime.”
The panel of experts included counselor Elizabeth Ritter, Dr. Kristina Kelly, Dalton Russell of Cardinal Innovations, and Stanly County Schools social worker Maria Stine.
Each of the panelists expressed gratitude that the film confirmed what they already knew from their professional and personal experiences–that ACEs effect physical and mental health and that there are ways to bolster resilience and combat those negative effects.
The panelists shared examples of children and adults finding and developing resilience, and they also shared advice and ideas with the professionals gathered. Each of them stressed role modeling resilience as an important way to help others develop the skill.
“For kids, be a role model,” Kelly said. “Don’t give up on this generation. It is our responsibility to lead and to show the way.”
Hennighausen also encouraged guests to the event to find out more about mental health first aid and other resources that build resilience in a community.