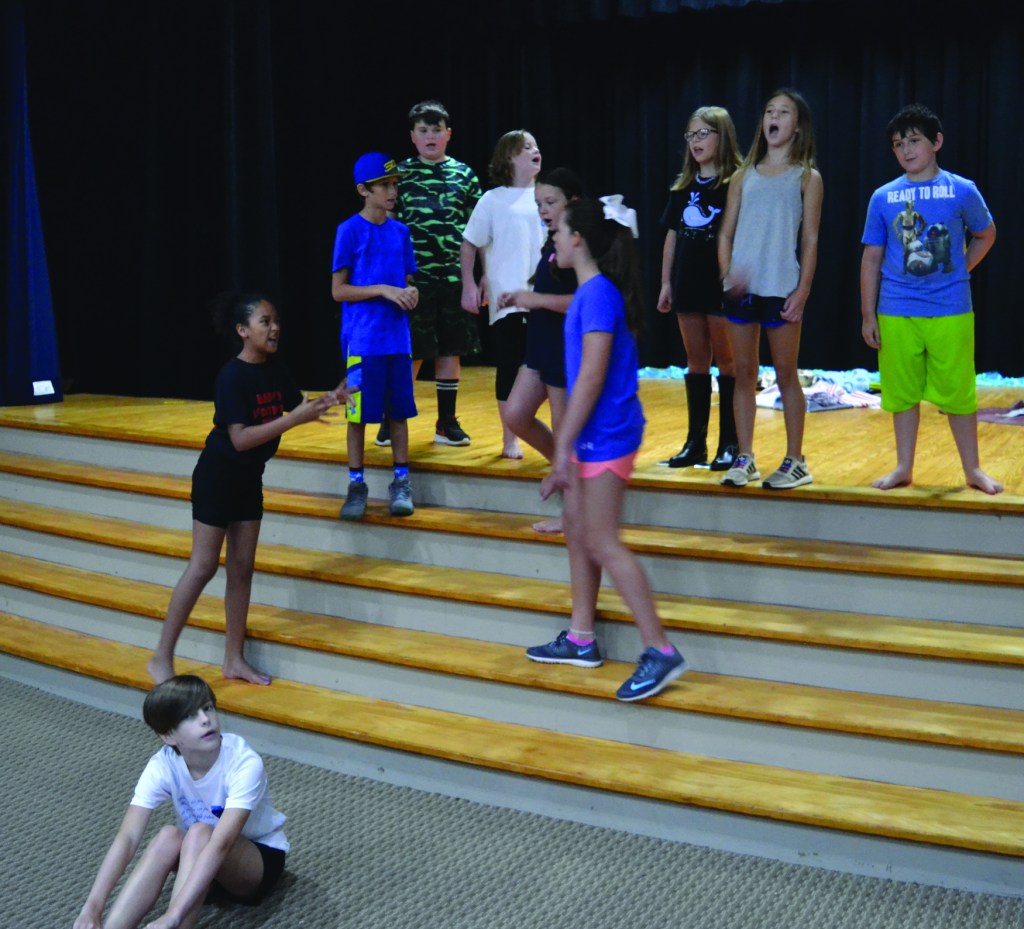 Once they got a taste for acting, they wanted more. Only there were few opportunities for children before the launch of The Talent Company.
Kids wanting more performance exposure led to the start of The Talent Company. It allows youngsters to develop their acting chops while gaining greater confidence and new friends, not to mention dabbling in other theatrical duties.
“They wanted more opportunities to perform and to take more lead roles,” said Heather Kilde, president of The Talent Company.
Not all of the children have been exposed to theater — camp marks their first time. However, some of the children, fourth through seventh graders, with The Talent Company were first exposed to acting through productions by the Uwharrie Players. Productions that include young children, however, are few and far between.
Each year the nonprofit sponsors a week-long camp. This year’s production, “Pirates! The Musical,” was directed by Christian Payne, a veteran performer for UP. In fact, while spearheading this year’s camp and directing the production during the day, Payne spends his nights directing the upcoming “Cinderella” for UP.
But he’s not the only one juggling a load. The campers are shouldering several facets of their own production, all while learning the ins and outs of theater.
Along with learning lines, the campers are responsible for making their costumes and constructing the set — all in one week.
“I’m trying to expose them to as many elements that go into a production,” Payne said.
As for their lines, they have to work on those as much at home in the evenings so they can rehearse during camp hours.
“I told them ‘you are responsible to learn your lines or you’ll hold up the process,’ ” Payne said. “They keep wanting to run through the show. I don’t have to constantly motivate them.”
If acting is a tough gig, musicals are three times more difficult. Not only are the campers memorizing lines, they’re learning and singing songs, not to mention dancing, too.
But at least camp takes the starch out of an already stressful task.
“Camp is a really good way to present theater without the high pressure,” Kilde said.
Students glean several lessons from the camp and production.
“We’re all working toward a final goal,” Payne said. “If one doesn’t pull their weight, the common goal is not met.”
Since the children are at a critical age for developing self-esteem, success at drama and theater gives them a sense of confidence, Payne added.
“Not just (confidence) in performing, but if you work hard enough you can accomplish anything,” he said.
Jane Snyder, whose daughter, Lily, was a camp participant with a key role in the musical, said her child has benefited from the experience.
“She has more confidence and self-esteem,” Snyder said. “She’s definitely more comfortable in her skin. This has allowed her to come out of herself.”
Another benefit has been the new friendships.
“She’s getting to make friends with those who share her common interests,” Snyder added.
Friday marked an especially long day for the campers. They began their final day at 9 a.m. and went until 5:30 p.m., when they presented their final performance at the new auditorium inside Central School Apartments and where the campers have rehearsed for the week.
The show was open to the public at no charge. An audience of about 90 admired the performance. Everyone celebrated with lemonade and a pirate cookie from the Albemarle Sweet Shop afterward.