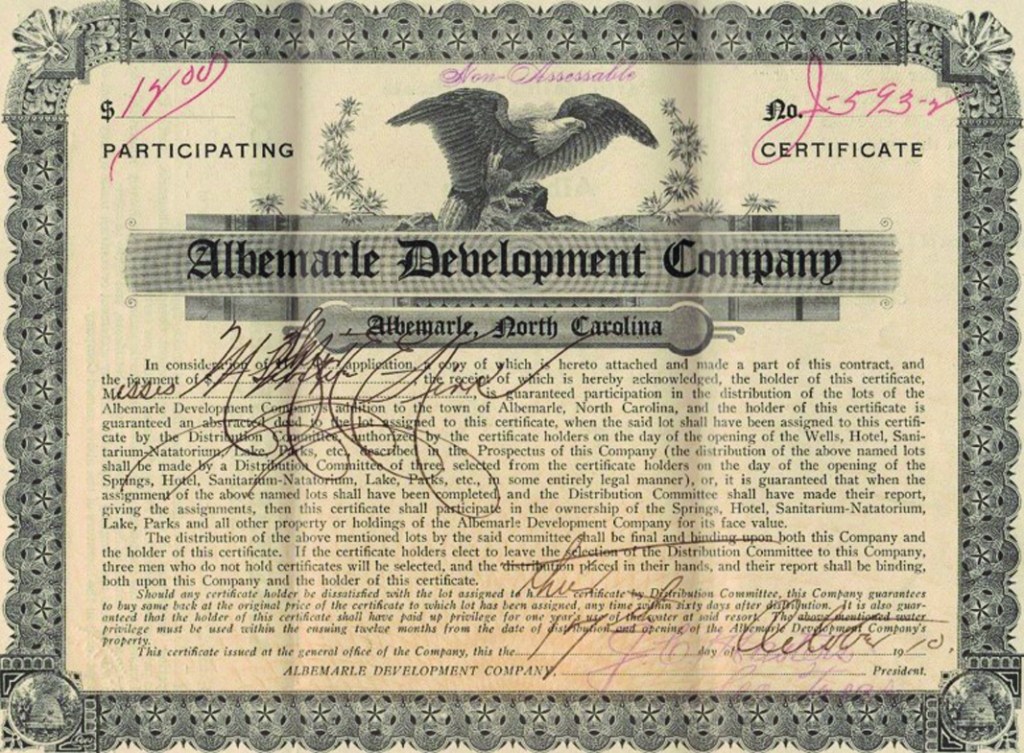 Stock certificates were also sold in the Albemarle Development Company.

One of the more fascinating stories I have run across has to do with a large land development called the Albemarle Development Company.
In late 1908, W.B. Irwin and George Simcox, from Illinois, visited Stanly County to look for land to build a resort. They purchased 103 acres on the south side of Albemarle and formed the company. 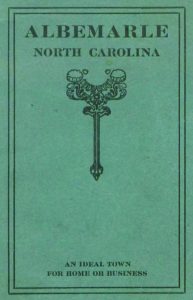 Albemarle Development Company created a booklet based on the advantages of doing business in the city.

The goal of this new firm was to build a resort that would eventually rival Pinehurst. The company produced a booklet called the Advantages of Albemarle to help with promotion.
At some point soon after the company was formed, Irwin and Simcox went back to Illinois and the operation of the company was taken over by James Masters of Hot Springs, Arkansas and Albemarle resident Thomas Sibley.
Masters and Sibley, along with agents throughout a 12-state area, sold stock certificates in the company. The purpose of these shares wasn’t for ownership in the company, but was simply for the owner to be given the right to later purchase a portion of the available property.
The original price per share was $12. A person was limited to two shares and no more than four were allowed per family. According to one newspaper account, they sold hundreds of thousands of dollars worth of shares.
Stay tuned for part two of this story in next week’s SNAP.