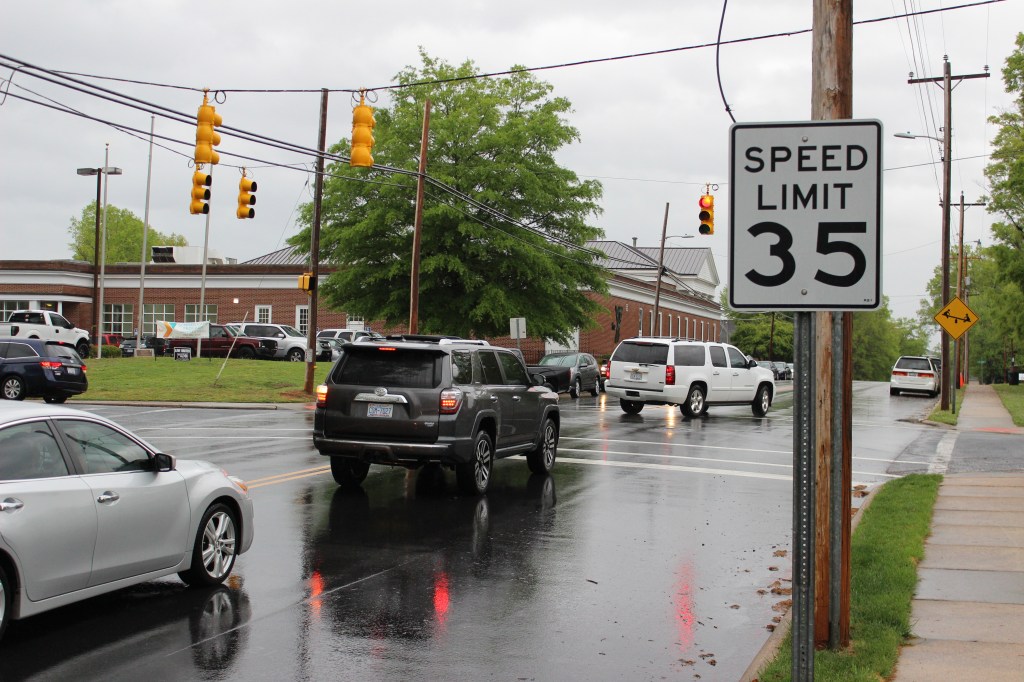 Traffic on First Street outside of the Stanly County YMCA.

Despite requests, the speed limit near the Stanly County YMCA will remain the same.

Back in April, the Albemarle City Council asked the N.C. Department of Transportation to lower the speed limit along the section of First Street that runs between the YMCA and Cannon Memorial Park. Currently it is 35 mph; the request was to lower it to 25 mph.

However, NCDOT recently issued a letter stating it will not change the speed limit.

“The roadway is about 28-30 feet wide in this vicinity so cars should be able to pass even if there are cars parked on the roadway,” Tagliaferri said. “But we will continue to monitor and investigate this location to see if the frequency or location of parking changes and revisit it at a later time.”