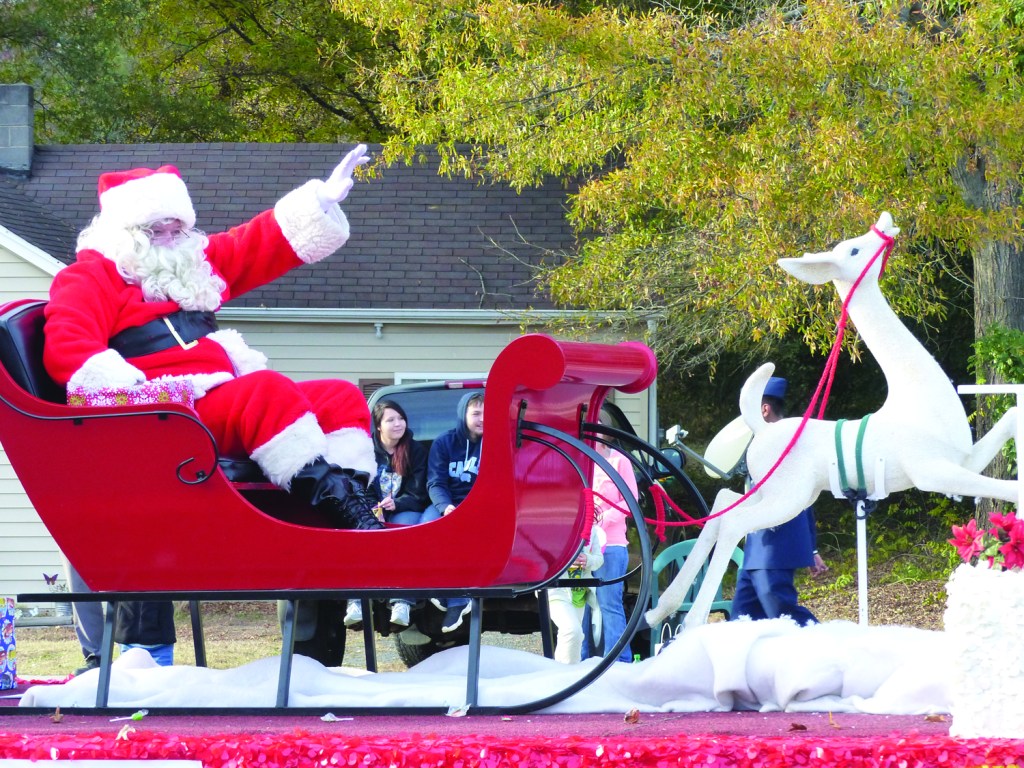 The grand finale of the Locust Christmas Parade is Santa Claus. In 2018, Locust agreed to take over the parade from the city.

Locust’s Christmas parade will undergo a change in management this year.

After running the event for more than 35 years, the local Lions Club recently asked the city to take over the operation. The parade is simply larger than their volunteers can manage now, members told staff.

At their last meeting, councilors unanimously agreed to do so.

The club first talked to the city about taking over last year. With that potential change on the horizon, Locust Parks and Recreation director Emily Jones helped out at last year’s event to learn the ropes.

“She learned about the logistics, learned about how the event takes place,” Correa said. “So she has a good understanding of what happens with everything.”

For now, the city plans to keep the parade as familiar as possible, they noted; same place, same time, same route. (Though they may consider changing that in the future.) That means the event will take place Nov. 24 this year. The route will go east down Main Street (N.C. Highway 24-27), turn right on Ray Kennedy Drive and then end at the library.

The only thing that will likely change this year is the application process. In order to get more information on file about participants, the city plans to have a more detailed application. It may also consider raising fees slightly to better cover parade expenses.

The cost of the event to the city is estimated to be about $600 (outside of employee pay).