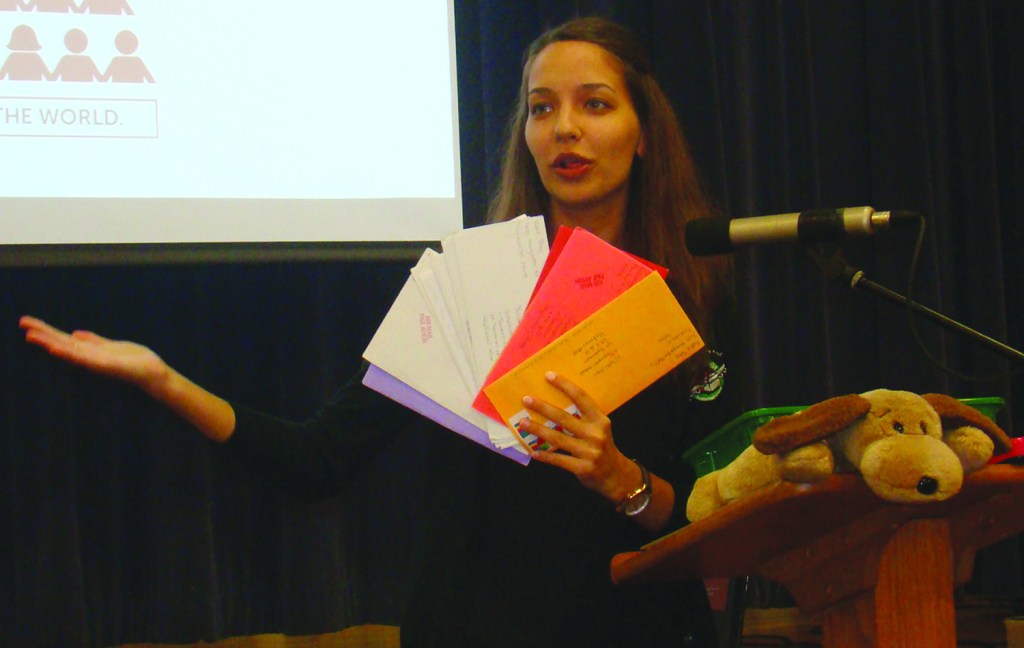 Yuliya Shubina displays the brightly colored envelopes she received from her North Carolinian pen-pal through Operation Christmas Child. The toy puppy on the podium is the item she first saw when she opened her shoebox as a child growing up in central Asia.

A purple box, a toy puppy and a letter: These three simple items changed the life of a child named Yuliya Shubina forever.

A toy puppy was the first item Yuliya Shubina saw in a package through Operation Christmas Child.