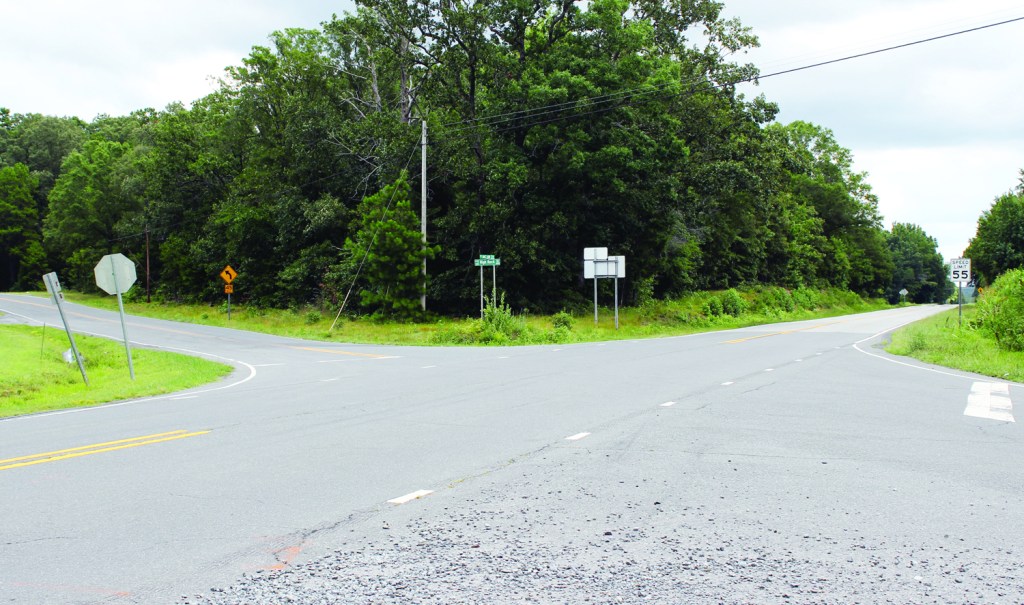 The intersection of High Rock Road and N.C. Highway 49 has had many accidents the last several years. The town of Richfield is checking with N.C. DOT to see what can be done to help the location.

Several close calls on a road just outside Richfield are prompting residents to seek help.

The intersection of High Rock Road and N.C. Highway 49 has been the site of several accidents and near accidents lately, two community members said at the town’s last meeting.

“There’s been about three accidents there in the past few months,” said nearby resident Kristina Everhart. “Luckily they have not been fatal, but they’ve been bad.”

“I think a lot of it has to do with the way the road turns,” said Town Administrator Carolyn Capps.

High Rock Road curves and goes over a small hill just before crossing N.C. 49, both she and Everhart noted. Because of that, the stop sign at the intersection is not easily visible.

“If you don’t know the road, it can sneak up on you,” Capps said.

With that in mind, Everhart and Martha McDowell, a minister at Richfield Methodist Church, asked if a “Stop Ahead” sign could be installed farther up High Rock Road.

“I think the people who aren’t familiar with this area, they need something as they go around that curve to let them know that there’s a stop sign there,” Everhart said.

However, both roads are state maintained and the intersection is outside of the Richfield town limits. Councilors agreed to reach out to NCDOT about installing a sign there, but were unsure of the response they would get. The town asked about putting in a caution light at that intersection a few years ago, they noted, but the inquiry never moved forward.

“So we’ll talk to them and see where it takes us,” said Mayor Terry Deese.