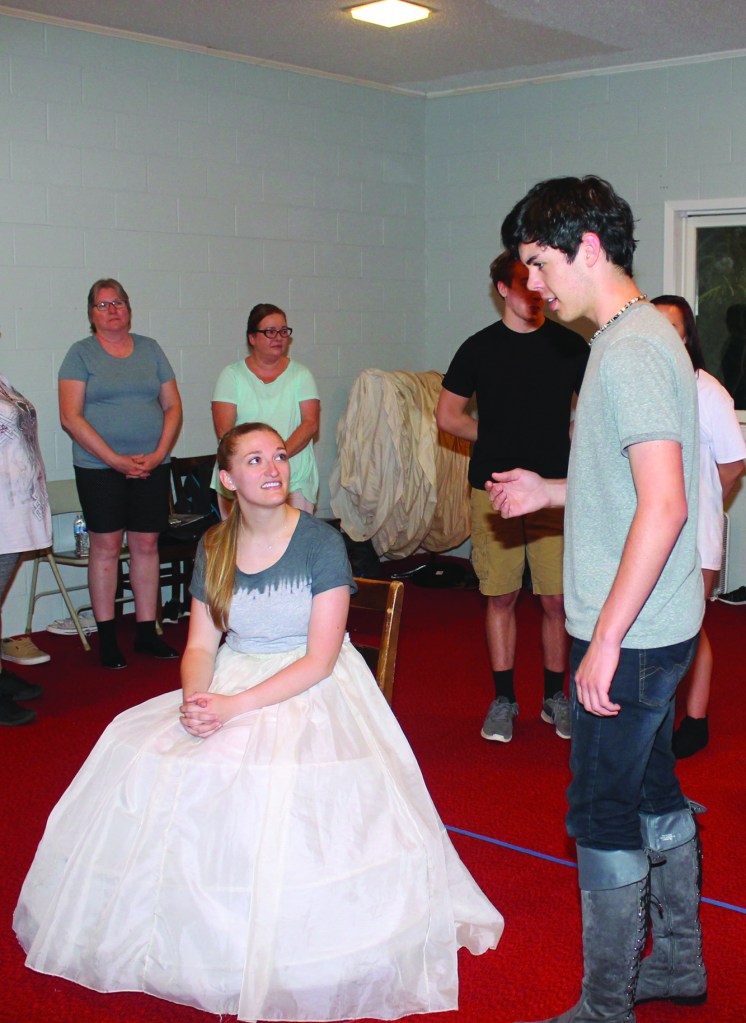 The enchanted story of “Cinderella” will arrive at the Agri-Civic Center this weekend.
I have spent several evenings watching all the talented people involved in the Uwharrie Players production of Rodgers and Hammerstein’s “Cinderella.”

I previously praised director Christian Payne, and again I think his vision is outstanding. But, of course, I know Payne would agree with me that there are many others involved in the production. I wish I could offer all their names, but there is not enough room to allow them in this article. So I apologize to all those not mentioned.
However, besides Payne, there are a few that need to be singled out. Angela Moore is the musical director and Laura Almond is the choreographer. The lead acting roles are Tiffany Spaulding as Cinderella, Spencer Kilpatrick as Prince Christopher, Anne Lambert as the stepmother and the stepsisters are Addie Campbell and Maddie Crump.
As I often do when I am writing about a play or a film, I like to ponder what the story is really about.
I have known the story of Cinderella since I was a preschooler, but until recently I had never pondered what truths the tale of Cinderella offers an audience.
Last week while I was watching a rehearsal, I began to jot down words and phrases that define this inspiring story. Here are some of the words that I rediscovered in this tale.
The first one was love. Anyone who knows the story knows at the heart, it is a love story.
Destiny was another word that came into my mind. It is destiny that brings the prince and Cinderella together. Well, the Fairy Godmother helps push the couple toward destiny, but this couple was meant to be together. 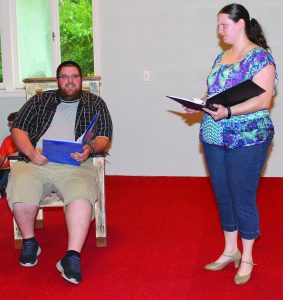 Bradley Smith (the king) and Allison Proba (queen) rehearse their parts for “Cinderella,”
which opens at 7:30 p.m. Friday at the Stanly
County Agri-Civic Center.

Humility is a trait I see in Cinderella. She struggled with her stepfamily, but her strong character carried her through the difficult times.
The story of Cinderella is also a story of forgiveness and compassion. Day-in and day-out, Cinderella had to forgive the three women who tormented her.
But in all the stories of Cinderella, she forgives and offers grace to those who treated her poorly.
Oh, what a world where love, grace and forgiveness overshadows grudges and hate.
One other trait comes out of one of the songs from the musical. This trait is the ability to believe in the impossible.
For most of us, as we age, we lose the ability to believe in the impossible. However, I prefer to believe that impossible things happen around us all the time, we are just too busy to recognize the impossible that intrudes in our lives.
Those are just a few thoughts I have mined from the story, but there are many more to be discovered when you go to the production.
Besides the lessons from the story, there is also the wonderful music. Some of the songs you will hear include “Why does a guy want a girl like that?” “Ten Minutes Ago I Saw You” “Impossible,” “Do I Love You Because You Are Beautiful? Or Are You Beautiful Because I Love You.”
If great music, a thoughtful story and insight into human nature is not enough, allow me to offer you a few other traits I have witnessed during rehearsals.
The leads are great. All the cast members seem to be having a wonderful time. The choreography is outstanding. Great costumes. There is so much to see, you will want to see it again.
Finally, there are no spoilers here, but I will say that the climatic finale is quite a touching moment.
So do not forget. The performance times are 7:30 p.m. Friday and Saturday and Aug. 3-4. There will also be 3 p.m. performances on Sunday and Aug. 5.
I have said it before, but let me say it again. Support the Uwharrie Players by buying a ticket for yourself and several of your favorite friends and have an enchanted evening or afternoon.
I am pretty sure that you do not want to miss this truly special production.