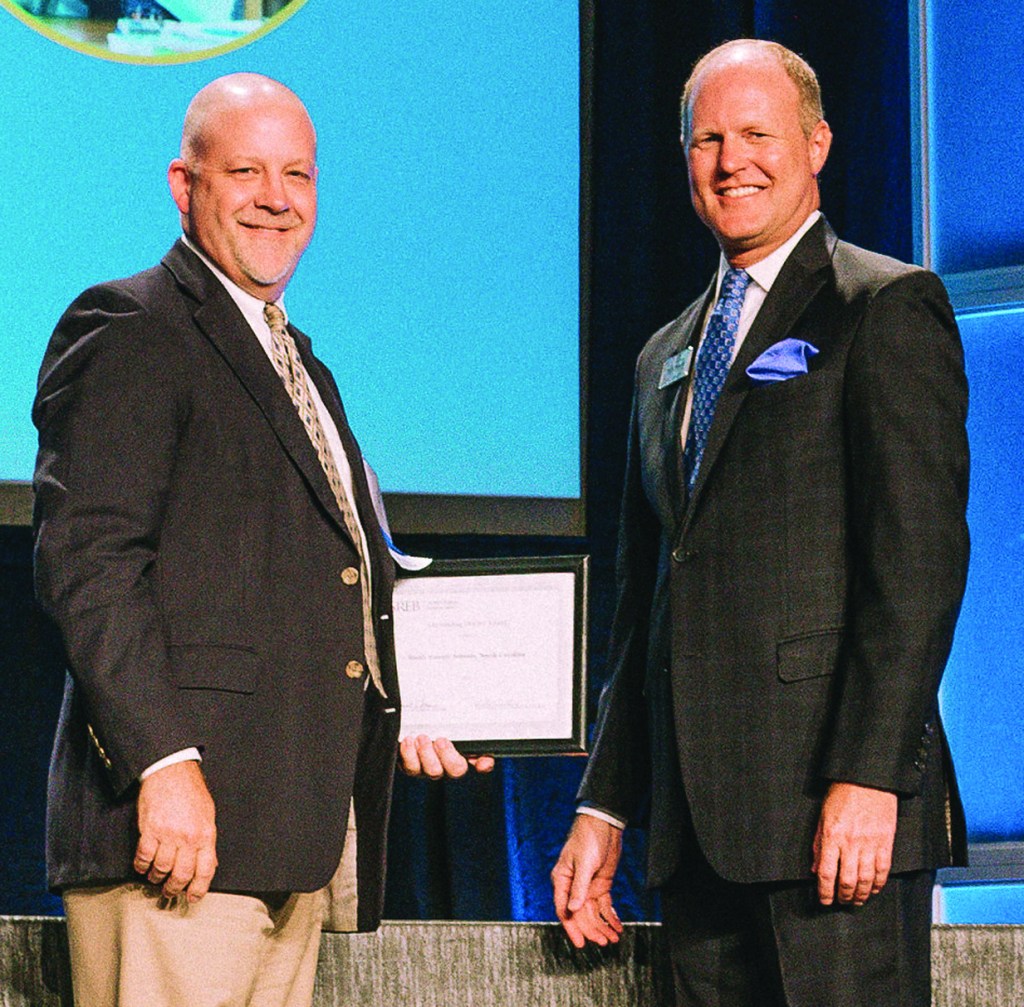 After three years of preparation, Stanly County Schools earned the Outstanding District Award at a Florida conference earlier this month.
The Outstanding District Award was given by the Southern Regional Education Board during the board’s sixth annual College- and Career-Readiness Standards Networking Conference on July 9 in Orlando, according to a press release from Southern Regional.
Danny Poplin, executive director of curriculum and instruction for Stanly County Schools, said earning the award took three years. He accepted the award on behalf of Stanly at the event.
“Year one of implementation, principals and selected teachers from each middle and high school were chosen for initial training,” Poplin said via email. “Year one teachers worked as leaders in their respective school to introduce these powerful practices to their students and fellow staff members. In year two, 50 percent of certified staff were trained, and year three implementation of all certified teachers in the middle and high school setting completed training. Each teacher was observed three times by our local trainer team to provide feedback on implementation of (Mathematics Design Collaborative) and (Literary Design Collaborative.).”
SREB gave the award to Stanly after seeing that the district “has revolutionized teaching and learning through SREB’s powerful literacy and mathematics practices,” according to the release.
“SREB’s powerful literary practices empower teachers to build meaningful literary-based, standards-aligned assignments and enable teachers to take ownership of their own professional growth to drive more powerful outcomes for their students,” it said. “SREB’s powerful mathematics practices provide teachers with instructional strategies that help them implement college- and career-readiness standards, engage students in a productive struggle, and build students’ fluency of procedural skills while deepening their mathematical reasoning and understanding.”
Poplin said that those practices help Stanly County students to prepare for their future.
“SREB partners with principals, local trainers and classroom teachers to significantly increase the percentage of students meeting state college and career-readiness standards,” he said. “SREB builds capacity and sustainability within schools and districts by developing local expertise to spread literacy and math practices to existing and new teachers.”
Christi Edwards, Julienne Fallen, Jency Speight, Natasha Krueger, Georgia Harvey and Susan Brooks served as the Mathematics Design Collaborative local trainers, according to Poplin.
Mandy Melton, Andrea Russell and Tezella Cline were the Literary Design Collaborative local trainers.
The local training was paid for by a three-year Gates Foundation grant, according to Poplin.
“Currently, we have a team of local trainers to ensure continued implementation of powerful practices of both MDC and LDC,” he said.
The award shows Stanly fully meets the SREB standards.
“It recognizes the commitment of Stanly County Schools to learning and preparing our students to be college- and career-ready upon graduation,” Poplin said.
The non-profit SREB was founded in 1948 and is based in Atlanta.