Two candidates for the Board of Education have yet to file their second quarter campaign finance reports that were due by July 11, according to the Stanly County Board of Elections. 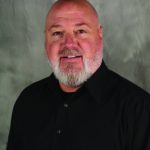 As of Friday Anthony Graves and John Edwards had still not filed their campaign reports that are past due. While the required reports are absent, five other candidates filed their second quarter reports late.

Any penalties will be determined by the N.C. State Board of Elections and Ethics Enforcement. 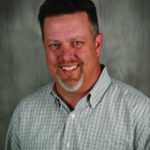 During the election cycle’s first quarter, the local BOE advised Graves and Edwards their first quarter reports were void of information related to loan proceeds. Each corrected the matter.

Graves and Edwards ran as tandem candidates for school board.

Graves defeated Mitzi Webb for the at-large seat in the Republican primary while Edwards lost to Jeff Chance for the District 1 seat.

A number of candidates in this year’s elections could be facing penalties after they failed to file their second quarter campaign finance reports by the deadline.