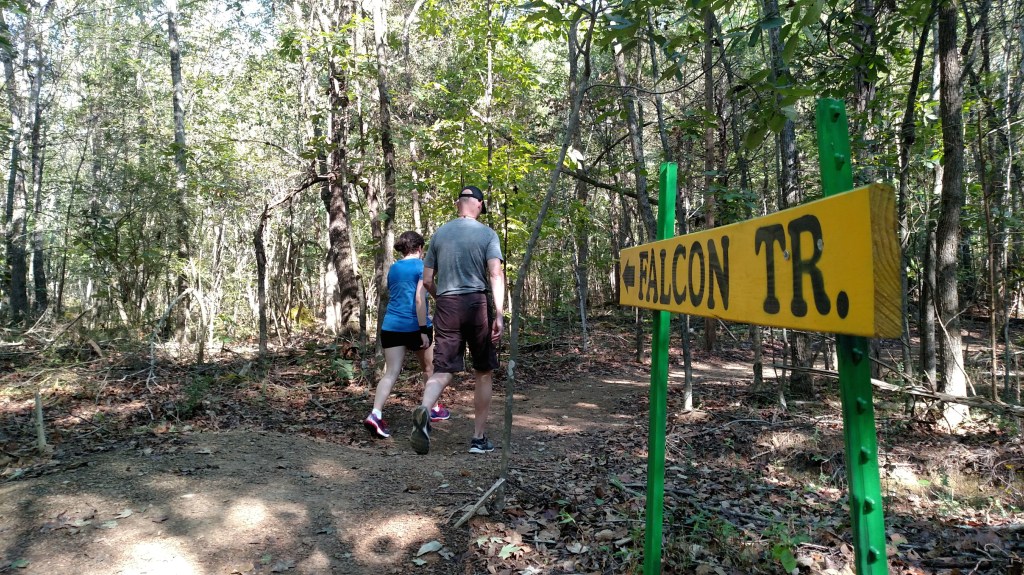 For the past five years, residents have worked with the Carolina Thread Trail to create pedestrian pathways between Misenheimer, Richfield and New London. The first leg of that network — dubbed the Falcon Trail — was completed in 2016. It begins at Richfield Park and ends just north of Pfeiffer University.

However, a railroad on Wesley Chapel Road in Misenheimer has effectively kept the trail from moving any further north, organizers noted. Without the railroad’s permission, the trail cannot legally cross the tracks. And continuing along U.S. Highway 52 instead would likely require extensive grading.

“So we really need to cross there,” said Michael Riemann of the Friends of North Stanly Trails and Parks, a nonprofit group helping organize and maintain their new trails.

Now they may be able to do so.

After several discussions with the Friends and Parks and the CTT, the railroad company has agreed to consider a crossing at Wesley Chapel Road, but only if trail organizers secure money for a pre-engineering study.

To help with that, the village of Misenheimer agreed to cover the approximately $12,500 study at its last meeting. While that does not mean the railroad will approve the crossing, staff noted, it will open the door to further discussion.

“If we can cross there, it opens up all sorts of possibilities,” Riemann said.

Along with continuing through Misenheimer, organizers have considered taking that section of the trail up to Gold Hill, if they can get participation from property owners and volunteers there.

“Thank you to the village for continuing to support what we’re doing,” Riemann said.

Organizers continue to acquire land and easements at the south end of the trail as well. The next section of trail they hope to construct would connect Richfield Park to New London. According to Riemann they have secured what they need for about a third of that trail.

To find out more about that effort or how to help out, contact the Friends of North Stanly Trails and Parks at 704-699-5515 or visit www.northstanlytrailsandparks.org.