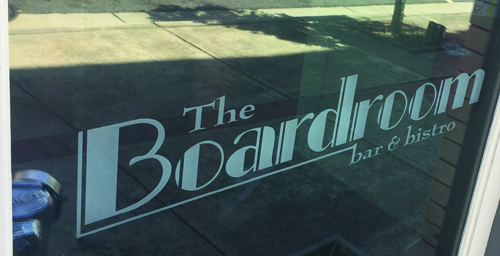 Tiffany Dahle has purchased The Boardroom building in downtown Albemarle. She plans to move her existing eatery, Tiffany’s at First and Main, to the new site.

A former signature establishment located in downtown Albemarle is under new ownership.

Tiffany Dahle, under Dahle Holdings, LLC,  purchased the building that houses the former Boardroom Bar & Bistro at 135 W. Main St. She said her plans include reviving the former business as an upscale restaurant and bar. It includes transitioning her existing eatery, Tiffany’s at First and Main, to the new site.

“It will stay the same at first with some changes coming in the future,” Dahle said. “I do not want a nightclub/bar by any means.” 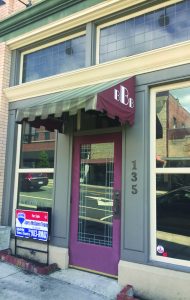 She plans to keep the new business open more frequently than her current locale, Dahle added.

At one time the Boardroom was regarded as a key part of the downtown landscape. Property stakeholders are attempting to seize the opportunity to revitalize the downtown area after the announcement of Pfeiffer University’s graduate campus.

“The Boardroom, located in the heart of downtown Albemarle, has been a showplace since renovated in late 90s by then mayor Roger Snyder and his wife Margaret,” said Larry McGuire, listing agent. “The Snyders made a significant impact to the streetscape of Main Street. It is one of the highest quality buildings in our downtown area and the possibilities for its use are endless.”

Diane Maness was the agent who handled the sale on behalf of Dahle.

“They looked at numerous possibilities and we kept coming back to the Boardroom because of its history and presence in downtown,” Maness said. “It was a pleasure to work with this investment group to find the perfect home for their continued journey.”

McGuire and Maness are with RE/MAX Town & Country.