The Union County man who drowned at Lake Tillery on July 27 suffered from epilepsy, according to his father. 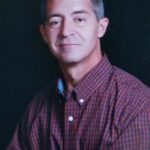 David Lynn Helms drowned after jumping in the water from a dock while swimming with relatives near Indian Mound Road. The 50-year-old Helms failed to surface after plunging into the lake from a dock.

Calvin L. Helms said Thursday his son was epileptic, but had not suffered a seizure in more than two years. He wonders, however, if his son’s condition contributed to the accidental drowning.

“He was a good swimmer, but had never swam in a lake before,” Calvin Helms said. “He probably over did it.”

Epilepsy is a neurological disorder in which brain activity becomes abnormal, causing seizures or periods of unusual behavior, sensations and sometimes loss of awareness. At least two unprovoked seizures are generally required for an epilepsy diagnosis, according to the Mayo Clinic.

Calvin Helms acknowledged his son’s condition might have played a role in his untimely death, calling a seizure during the swim a “possibility.”

Although the medical examiner ruled drowning as the cause of death, the doctor could not determine if David Helms suffered a seizure prior to drowning, his father said.

“We are a faithful family and because of that we don’t have any issues with how David died. We accept it,” Calvin Helms said.

David Helms helped his father on the family’s farm before the elder Helms retired. Because of his epilepsy, he lived with his parents at their New Salem home.

“My son was an unbelievable person,” Calvin Helms said.

Calvin Helms said his son had been playing with children in the water before jumping from the dock and when he failed to surface.

Rescue divers were dispatched to the scene, but murky water conditions prevented them from finding the body.

“If I didn’t have my hand in front of my face I wouldn’t have been able to see it,” said Chad Allen, rescue diver.

Rescue workers found the body a couple of hours later in about 10 feet of water. The body was several feet away from where the victim entered the water.