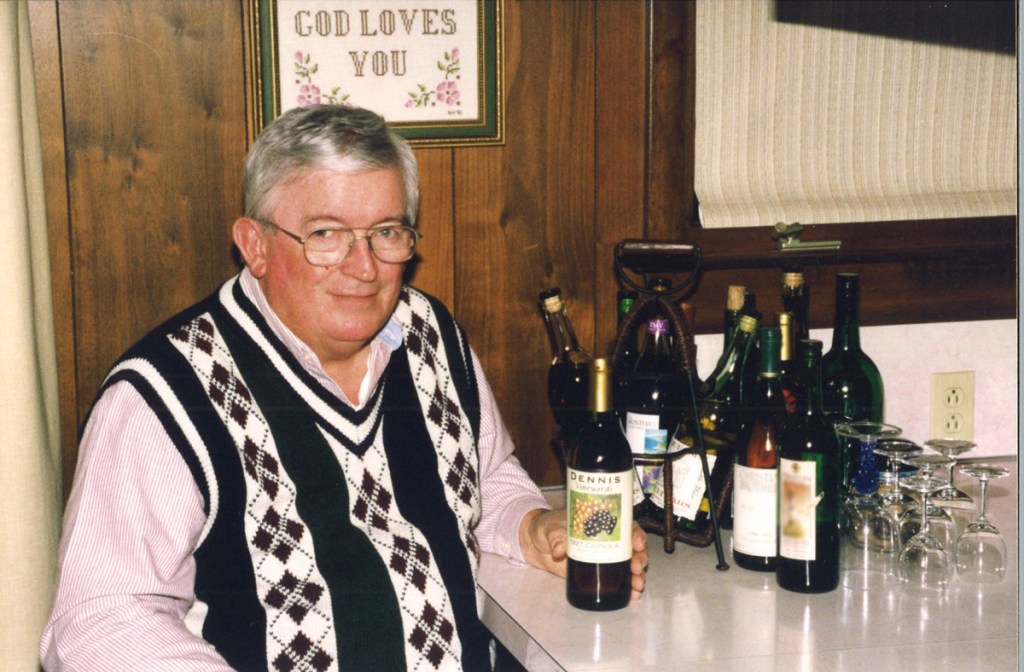 Cheating death was among his life’s many triumphs.

Silas Pritchard Dennis Jr. led a colorful and interesting life. Not only was he a successful businessman, but he was an entrepreneur of endeavors ahead of its time. Along with a midas touch, Pritchard, as he was known to everyone, had a penchant for cheating death.

While heading Yadkin Brick Company, Pritchard suffered an accident. As he jumped from a dock at the brickyard, he ruptured his basilar artery, part of the blood supply system for the brain and central nervous system. It is formed where the two vertebral arteries join at the base of the skull.

“They thought he had a stroke,” said Tony Dennis, Pritchard’s brother.

A 21-hour surgery followed as Pritchard became the first in the U.S. to survive a brain-stem stenosis, said Lynda Dennis, Pritchard’s wife and high school sweetheart.

“When he was in business, Pritchard was a quiet man. After he had the brain-stem stenosis he became a talker,” Lynda said.

The once quiet man unearthed a storyteller that kept family and friends entertained.

“He was an interesting guy because he did a lot of things,” Lynda said.

Given a prognosis of only 5-10 years left to live with his condition, Pritchard and Lynda went to live at Holden Beach.

Forever the entrepreneur, Pritchard became a shrimp boat captain, which complemented his love of deep sea fishing. His vessel was equipped with the capability to detect shrimp habitats. Pritchard was so successful at shrimping, commercial trawlers followed in his wake.

“Anything he did he wanted to be perfect — do it better than anybody else in the world,” Lynda said.

As his health continued to improve and his assets declined, Pritchard and Lynda returned to their home in Endy. Soon thereafter, he launched Dennis Vineyards in 1996, the first winery in Stanly and the 12th in the state. Its humble beginning started with batches of muscadine wine in an outbuilding behind his home.

Pritchard’s concoction served as the wine for communion. Once folks wanted to buy it, the business was underway.

Pritchard began working in the family construction business started by his father — Southeastern Materials. After his father’s death, Pritchard took over Yadkin Brick while Tony and his sister Betty Lambert steered Southeastern.

Pritchard and Tony became pilots years ago. Pritchard served on the county’s Airport Authority for 24 years.

“He and I really had a good time. We had a lot of fun together,” Tony said.

“The Lord gave him a good brain,” Lynda said of his ability to be successful at business.

“He was very smart,” Tony added.

“Stallions put out to pasture don’t always do so well,” Lynda said. “Life was never dull on Endy Road.”