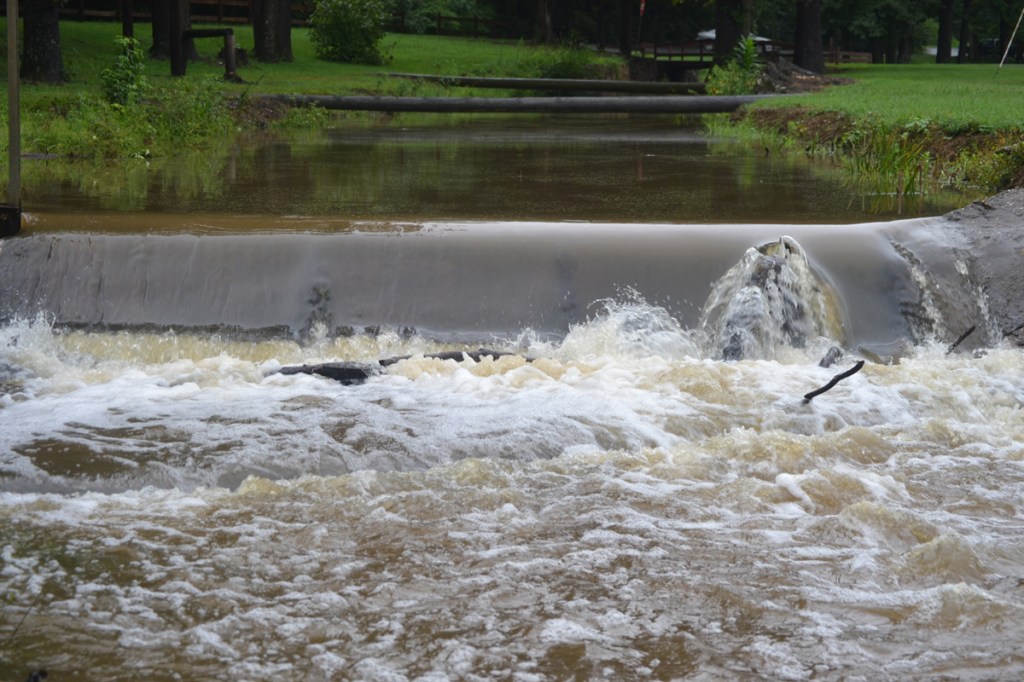 Another day of rain on Friday and a chance for more precipitation over the weekend has an already soaked Stanly County longing for the dog days of August.

More than 3 inches of rain fell in the last few days and prior to the weekend, prompting flash flood warnings for Stanly. Area creeks remain swollen heading into the weekend. Fortunately, sporadic downpours followed by intermittent stoppage has prevented waterways from cresting and wreaking further havoc.

“There have been sporadic flash flooding throughout the county, but has quickly dissipated once the downpour passed,” said Brian T. Simpson, director of Stanly County Emergency Services. “Many of the common low water bridges have not crested their banks yet, hopefully they will not.”

For the most part Stanly County has been spared the drenching wrath that has otherwise saturated the East Coast, especially mid-Atlantic states.

Damaging winds have been reported in parts of North Carolina and New England.

“The most pressing issues have been trees down across roadways from the saturated ground which has caused sporadic power outages,” Simpson said.

In Lynchburg, Virginia, roughly 6 inches of rain fell Thursday prompting water rescues. Rain fell at a rate of more than 2 inches per hour, flooding roadways and part of the town. Also in Virginia, a 10-year-old girl was killed after a tree fell on her home. Authorities suspect a saturated ground contributed to the fatality, according to ABC News.

The chance for showers decreases each day through the weekend and into next week as temperatures are forecast to climb as well. By Sunday, the highs are projected to be back in the 90s as next week shapes up like typical weather for August.