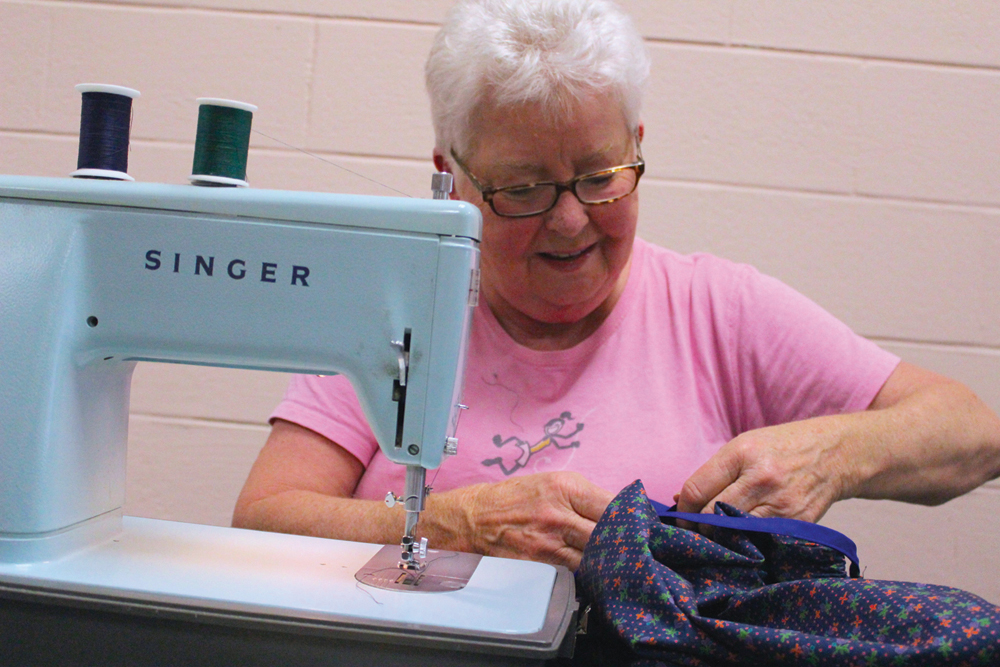 Each dress had its own special touch.

A line of blue ribbon here.

A bright red button there.

Lace all along a hem. 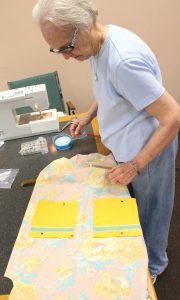 Jane Rogers pins the pockets into place for her dress. (Photo by SHANNON BEAMON)

By the way she and about a half-dozen other members of the Fairview ECA were working on the dresses, one would think they were crafting Easter outfits for their grandchildren.

But they will probably never see their careful work again.

This year the dresses went to Honduras, Lynch said.

As a way of supporting mission groups from Stanly County, the Fairview ladies have been making what they call “pillowcase dresses” for four years now.

“The base shape is somewhat like a pillowcase,” Lynch said. “That’s where they get their name.”

At a workshop, they put together a total of 68 dresses for a team from Live Again Ministries — a non-profit next door to the West Stanly Senior Center where the Fairview ladies work.

In the past, they have also gone to villages and orphanages in Africa that are supported by Stanly County mission teams, members noted. Several have also gone into Operation Christmas Child shoeboxes.

“Most of the materials get donated to us,” Lynch said. “Or I’ll buy some at (Stanly Community Christian Ministry’s) thrift store.”

Typically the dresses are made in four sizes, ranging from tiny outfits for 2-year-olds, to longer dresses for pre-teens. And even after the girls outgrow them, they often turn them into tops to wear with pants or skirts. 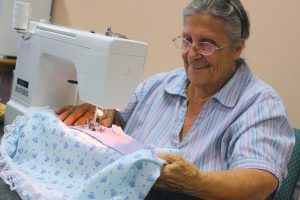 Due to the simplicity of the design, the pillowcase dresses are also becoming more and more common, the ladies noted. They know of a couple congregations that have put together pillowcase dresses over the past couple of years, too.

“But I’ve never seen any quite like this,” ECA member Glendel Huneycutt said.

The Fairview ladies make a point of adding decorative stitching, special trims and artistic additions to the simple dresses, rather than just keeping them plain, they detailed. After years of stitching together skirts and quilts for friends, it does not take them long. And besides, they like the results.

“I want to make something that I’d be tickled to see my granddaughter in,” ECA member Alysa Hylton said. “Everyone deserves something nice. Especially these kids. I don’t think they get to feel special that often.”

That extra care helps in other ways, too. Girls wearing nice clothes in a poor area are often seen as well cared for, missionaries have told them, which can dissuade men from bothering or assaulting them.

“It takes that new clothes feeling to the next level,” Lynch said. 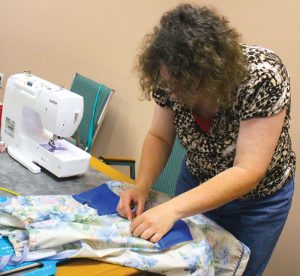 Kelly Jarrett picks out a stitch.

So as long as they can keep making a little something extra for those girls, they will, the Fairview ladies said.

Over the next few months, they will start looking for another mission to help with. As well as more people to join them.

To find out more about those opportunities and the Fairview ECA, contact the West Stanly Senior Center at 980-354-8058.