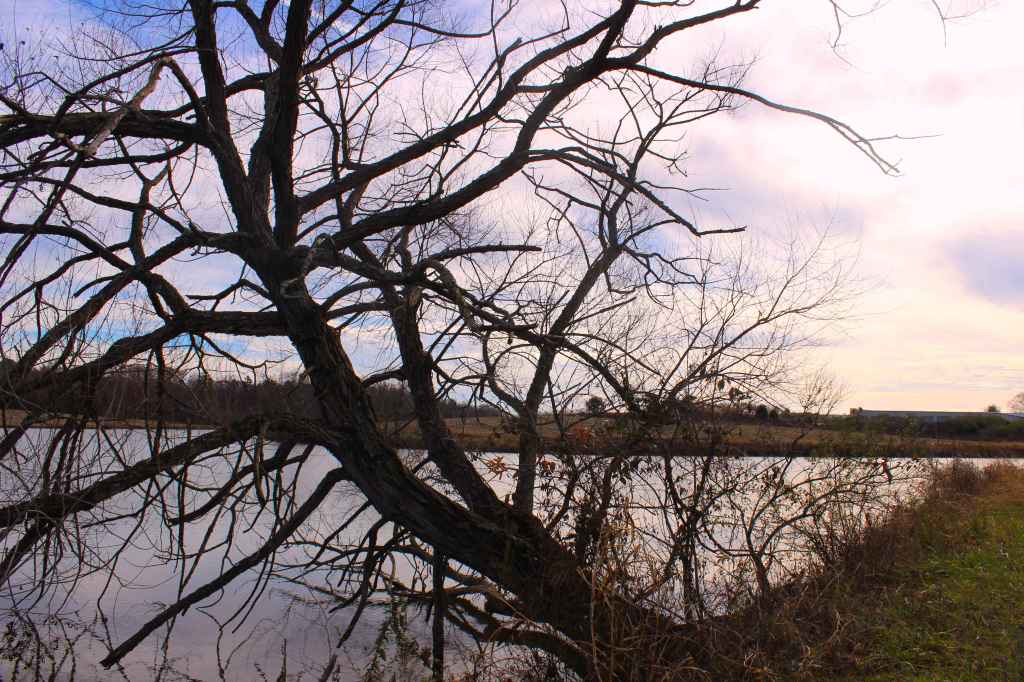 Sunset over the pond at Tyson Park.

Richfield’s newest park will get its first official marker soon.
Councilors have decided to build a sign near the entrance to Tyson Park — a recently donated property at the center of Richfield — in order to raise awareness about the still-developing project. The installation would be mortared stone, likely with metal lettering indicating the name of the park, and would be installed near an entrance on Deese Street.
“Hopefully it’ll get people familiar with what’s going on down there,” Councilman Jim Misenheimer said.
The town was gifted the 73-acre site by Carlton Tyson — a commercial developer in the Charlotte area. Tyson stipulated that the bulk of the land — 65 acres — had to be designated for recreational or park use; the other eight acres could be used at the town’s discretion after 5 years. The town accepted that offer in 2015.
While they cannot fully utilize the land until 2020, over the past three years, volunteers and town staff have slowly begun working on the property, putting in a walking trail that connects to Richfield Elementary to the park and cleaning up the area around a pond at the center of the property.
With that access, town officials are now seeing regular walkers and fishermen on the property
“I think a sign would help them connect with what we’re doing,” Misenheimer said.
To that end, the town has dedicated $2,000 toward the project, primarily for materials. Labor will be covered by volunteer work, particularly that of local stone worker Randy Sells. As soon as the town picks out the stone they want to use, Sells is set to work, councilors said.
“It seems like a good next step,” Misenheimer said.